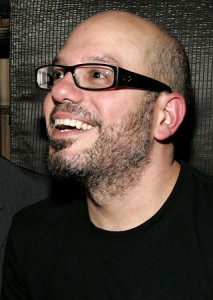 Personally, I find David Cross the actor to be more consistently funny than David Cross the stand-up, who can tend to meander in vitriolic tangents with few jokes. His tenure on the now-defunct (but beloved) “Arrested Development” spurred the classic Tobias Funke character, a flamboyant actor/psychological analyst and therapist (a self-proclaimed “analrapist”) who’s oblivious to his own homosexuality. And his work with Bob Odenkirk on “Mr. Show” represents the closest America came to emulating a Monty Python-esque sketch show—full of delightful non-sequitirs and ludicrous characters. That said, when he gets all riled up, Cross’s stand-up rountine can be infectiously crude and crass, as he possesses the uncanny ability to chew out those who deserve a tongue-lashing, like his analysis of post-grunge acts Staind and Creed: “I would rather hear the death rattle of my only child than listen to that fuckin’ shit.” That is a spot-on critique. (Andy Seifert)