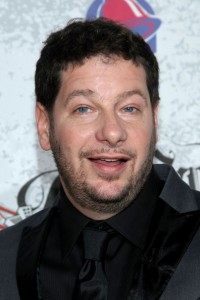 Jeffrey Ross strikes me as the type of guy who wakes up at 2pm, peeks out his tour bus, mutters, “Damn, we’re in Chicago already ” then goes about his usual routine: making a good living by mercilessly ripping on people. When I saw him last year at Zanies, he looked disheveled, eyes bloodshot, a disgusting neck beard outlining his chin, basically in the sort of physical state someone would be if their wife just left them. And yet, the whole charade actually enhanced Ross’ insult-ridden set, as if saying, “Yeah, I’m a pathetic schmuck, but if I’m totally owning your ass, then what does that make you?” Currently serving as the New York Friar’s Club “Roastmaster General,” Ross can be frequently seen roasting the pants off of whoever’s the man or woman of honor (usually some loser like Chevy Chase), and while those shows put his biting sarcasm front and center, they don’t show just how sharp and quick Ross is with a live audience. Sure, the dude’s crude, disrespectful and crass—but in an intelligent sort of way. (Andy Seifert)