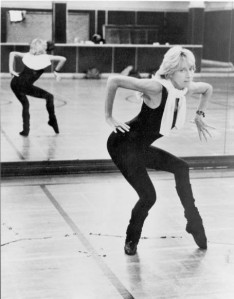 As a theater critic, I recognize the contrarian nature of my admiration for a musical that many critics regard as little more than catnip for the masses, a musical that to some may constitute one of the kitschiest of all time.  But I grew up on the show—who in their thirties who liked musicals did not? It was the second musical I ever saw, and I would go on to see it all over the world, from London to New York to Paris to Mexico City (indeed, I understood especially well the joke that I heard someone make around that time, that in the 1980s and 1990s the sun never set on an Andrew Lloyd Webber musical).  I interned for the New York casting directors and witnessed grueling auditions, I was there when the Broadway production reached its 6,138th record-breaking performance in 1997 to become the longest-running show on the Great White Way, and I was there when it closed three years later. I’ve even danced it in a studio with cast members—however badly, given that I’m no professional dancer—and thus felt it in my bones. But my present admiration, which at one point may have been rooted in youthful nostalgia, is now grounded, I’d like to think, in the kind of balanced analysis that considers all the show’s elements crucial to the experience—not just the spectacle, not just the music—and places British choreographer Gillian Lynne’s work at the forefront of “Cats’” success over the past twenty-eight years that it’s now been on its paws.  Indeed for me, “Cats” is an extended ballet for the theater, and on these terms it not only succeeds, it hasn’t been given its due. 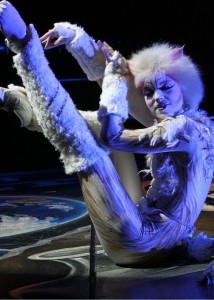 Most theater critics are simply not dance critics. I doubt if the untrained eye could discern between a modern and classical leap, between the exuberant stag jumps that pop the opening number versus the cabrioles suspended in mid-air during the “Mr. Mistoffolees” ballet break. Nor could it appreciate the technical difficulty associated with executing a perfect dèveloppè, as is performed by the white cat in one of the show’s most haunting and intimate solo sequences. It would fail to recognize the “Gumbie Cats’” Broadway-style tap trenches and geometric formations as visual allusions to Busby Berkeley. Or that the explosive jazz transition midway through the “Jellicle Ball”—act one’s fourteen-minute choreographic piece de resistance and the dance heart of the show—pays tribute to American composer Aaron Copland.  That “Macavity, the Mystery Cats’” sensuous hip rolls, backbends and shoulder shimmies are clearly homage to Bob Fosse. And there would be little admiration for “Skimbleshanks, the Railway Cats’” persnickety staging in the tradition of the great British pantomimes. What ultimately distinguishes Ms. Lynne’s work, however, is how she combines all this influence and creativity into a totally unique movement vocabulary for “Cats,” an ode to terpsichorean felinity that is neither classical ballet, nor modern jazz, nor Broadway hoofing, nor mime or animalistic gesture—it is all these things and more, pure choreographic invention and not simply, as some critics have reduced the dance element to, kinetic kitty commotion.

If this has been lost on American critics it clearly hasn’t been lost on audiences, nor on the professional dancers for whom “Cats”—now and probably forever—has been more than just another job. “It’s such a leveling experience and most dancers say it’s the most difficult show they’ve ever done. I’ve seen major, major talent just break down in tears,” remarks Richard Stafford, 53, this tour’s director and a man who has been involved with “Cats” since his twenties—as performer, Broadway Production Dance Supervisor and currently one of three people worldwide entrusted with reproducing Gillian Lynne’s original steps and vision, a job he’ll repeat next year for “Cats’” Portuguese-language premiere in São Paulo, Brazil. He’s on the phone from St. Charles, Missouri, where this tour of “Cats” is previewing before making its way into Chicago.  “One really does have to have a strong ballet background, an imagination and needs to be open to feeling foolish in the improvisational work that we do. And stamina, stamina, stamina!”

This Non-Equity tour, an outgrowth of the 4th National Bus and Truck Company that ran from 1987 through 2000—the first version of “Cats” I ever saw as a teenager—has been on the road, give or take a hiatus, since late 2001. And although several key dancers and principals from last year have been invited back to reprise their roles this season—not always typical in a Non-Equity production—Stafford seems jazzed by the quality of this “Cats” company (or “tribe,” as he likes to refer to them) that Chicago will be the first to see. “It’s a wonderful mix; they still have a lot in them to give and there’s fresh energy and ideas,” Stafford says with the appreciation of someone who’s clearly dealt with performers and long-runitis.

Another treat for Chicago:  the fact that this tribe worked exclusively with Gillian Lynne herself just three weeks ago, something that has not happened since 2004. “We were honored to have her come in. She always has such amazing ideas and imagery [to impart].”  “Gillian said that dance on television is what people think of as dance now, and that audiences will be asking themselves if our dancers are as good as those on ‘So You Think You Can Dance?’” And what would Stafford’s advice be to the kitties of today who dream of dancing in “Cats” tomorrow?  “It would really be that you can do it. It’s one thing to dream, it’s another to harangue your parents into taking you to dance class.  So go to class!  And thank your parents!”