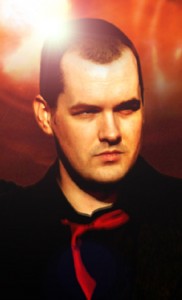 Drunken, obscene and kind of a jerk, Australian comedian Jim Jefferies offers the three most enduring qualities of a successful stand-up (along the fourth-most: funny accents!). While part of his current popularity stems from a well-reported incident at a Manchester gig in which he was punched in the face by an apparently not-amused spectator, we’ll assume he’s stayed near the top of the stand-up ladder with consistently funny sets. Whether he’s defending the double standard of men called “studs” for having sex a lot while women are called “sluts,” or casually discussing the lump on his penis (or as he calls it, “dick cancer”), Jefferies is the kind of guy who’s just looking to stir up a little trouble, get in people’s faces, maybe even provoke someone to jump on stage and start beating on him. And honestly, don’t you want to watch someone who elicits reactions like that? (Andy Seifert)