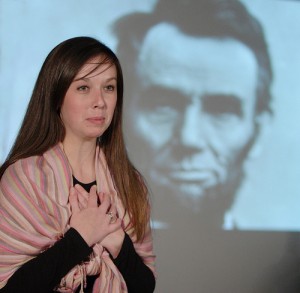 You gotta love Saint Sebastian Players. The member-supported group performs because they must; it’s not any different from what motivates their “professional” colleagues over at the Goodman. It’s populist theater at its most accessible.

With that, Edgar Lee Masters’ amalgam of small-town Illinois life is a fitting choice; it’s populist poetry that became a populist performance piece. The 1914 book challenged poetic convention, exposing a rural community’s hypocrisy through the eyes of its dearly departed.

The production has its flaws. The lighting design often puts performers in the dark, the musical numbers could be better miked, and director Jonathan Hagloch’s staging is a bit stagnant. But Hagloch’s adaptation flows with the right mixture of comedy and tragedy and the game cast’s raw energy works. Ensemble members Alisa Marier and Eric Prahl bring affable, varied approaches to their characters. They’re regular people, telling the sad, funny stories of regular people. (Lisa Buscani)