by Andy Seifert
November 2, 2009Filed under: 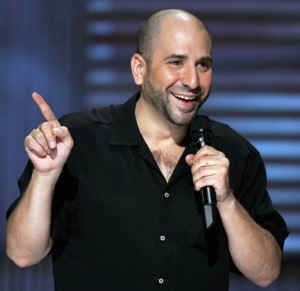 The always-caustic Dave Attell brings his ubiquitous cigarette and smooth, soothing baritone to Lakeshore Theater, where his scathing wit and bizarrely contentious comments will take center stage. While many will remember Attell for his late-night Comedy Central series “Insomniac with Dave Attell,” which consisted of Attell roaming around the nightlife of a city, engaging in what most of us do during a night on the town (drinking incessantly while teasing those more intoxicated than ourselves), he appears to thrive best in a stand-up role. Hardly a drunken buffoon who blathers sex jokes all set long, Attell has developed a set rife with non sequiturs, curveball punchlines and just plain silliness. Like his take on global warming: “The ice caps are melting. But maybe there’s some pretty cool shit under those ice caps, like treasure, or even better, a talking dinosaur, who we can all have adventures with. Me first, I thought it up.” (Andy Seifert)