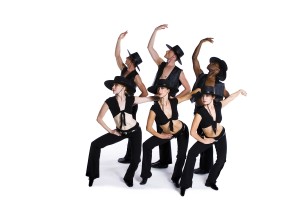 It’s impossible to have too much Fosse. The legendary choreographer is responsible for aesthetically defining generations of movement on stage and film. Thodos Dance Chicago agrees, and with the company’s Fall Concert they give us a trilogy of Fosse’s work staged by one of the dancemaker’s greatest talents, Anne Reinking. “Cool Hand Luke,” “Mexican Breakfast” and “Tijuana Shuffle” form the bones of the trio with Reinking contributing world-premiere transitional choreography. Awesome. And if there is any doubt that Fosse is still relevant, see the video mash-up of “Mexican Breakfast” and rapper Unk’s “Walk It Out” on YouTube that inspired Beyonce’s “Single Ladies” video. Also on stage will be the Chicago premiere of Artistic Director Melissa Thodos’ “Driven” and three company premieres by  Wade Schaaf, Jessica Miller Tomlinson, and the team of Mollie Mock and Jeremy Blair, all from the company’s New Dances 2009 choreography performance series. Plus two other Thodos audience favorites. Sounds like a program well worth the money, and you can catch it at the North Shore Center for the Performing Arts in Skokie or later in the month downtown at the Harris Theater. (William Scott)