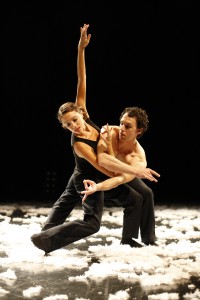 Dance exploded in the zeroes, fueled on by successful transitions at major establishments and the opening of significant new venues. Any consideration of dance in Chicago starts with our world-renowned homegrown company, Hubbard Street Dance Chicago (HSDC), which commenced the decade with the transition in its artistic leadership from Lou Conte, who’d founded the group in 1977 and built it into one of the city’s leading cultural exports, to Jim Vincent. Vincent didn’t miss a beat, building on Conte’s foundation, and greatly expanding the company’s formerly rather limited performance presence in its hometown by expanding to quarterly Chicago engagements, thanks in part to the opening of the perfectly sized Harris Theater for Music and Dance in November 2003. By 2008, HSDC had grown to a seven-million-dollar operating budget and Vincent himself was moving on, returning to the Nederlands Dans Theater, where he’d spent much of his career as a performer, passing the artistic reins at HSDC to his former associate, Glenn Edgerton.

Meanwhile, Chicago’s national reputation as a dance center was being augmented by its resuscitation of the esteemed Joffrey Ballet, which, in a state of financial crisis in the mid-nineties, had thrown something of a Hail Mary pass by departing the nation’s cultural capital of New York to see if it could make it in Chicago (it had long been extremely successful here on its tours, a tradition mirrored today by Alvin Ailey American Dance Theater, which sold a whopping 14,416 tickets to its annual engagement at the Auditorium Theatre in 2009). Make it here it did, and by the dawn of this decade, it had established itself as a pillar of Chicago’s cultural community, even becoming the subject of a Robert Altman film, “The Company,” in 2003. In 2007, company co-founder and longtime artistic director Gerald Arpino retired (he died soon after), to be succeeded by Ashley Wheater. A year later, the company moved into the Joffrey Tower at the edge of the downtown theater district, establishing the Joffrey Academy of Dance at the beginning of this year. The bottom line? Joffrey Executive Director Christopher Clinton Conway says this decade’s shown growth by 33 percent, both in budget and audience. 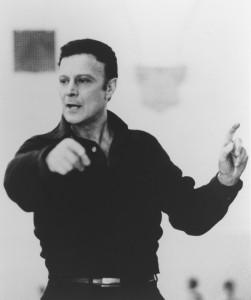 The Joffrey's Gerald Arpino in rehearsal

The opening of the Harris Theater at Millennium Park, the city’s first new multi-use arts theater since 1929, was designed specificially to meet the needs of Chicago’s itinerant emerging and medium-sized dance and music presenters. In addition to HSDC, it hosts the likes of Muntu Dance, Luna Negra, River North Chicago Dance, Giordano Jazz Dance Chicago, Chicago Human Rhythm Project and select touring companies that it books in its own subscription series.

Further south along Michigan Avenue, another major force in Chicago dance was going through its own transitions at the turn of the century. The Dance Center of Columbia College founder and longtime director Shirley Mordine stepped down in 1999 (her own company, still going strong, celebrated its fortieth birthday in the spring of 2008), giving way to Bonnie Brooks, and the Dance Center opened its own space in the South Loop, connecting its campus with its performances. Newly charged, The Dance Center played a critical role in the growth of the city’s dance culture by programming a series that was both contemporary and global in its nature, while cultivating rewarding relationships with the likes of now-deceased dance legend Merce Cunningham. With a similar sized and similarly new facility, the performance series at the Museum of Contemporary Art  brought a comparable quality of curated touring dance; where the Dance Center’s focus was global, the MCA’s was experimental, as befitting its home at the art museum. Out on the dance/performance frontier, Links Hall recently celebrated its thirtieth birthday as the city’s sandbox for cutting-edge, experimental work.

If the larger forces give the medium its foundation, the smaller and mid-sized companies offer its soul, and the decade was marked by a new stability for dance companies, as the aforementioned Mordine & Co. and Muntu Dance are both into their forties now as companies. Jan Bartoszek’s Hedwig Dances notches 25 years in 2010, Zephyr Dance and River North Chicago Dance just turned 20, Chicago Human Rhythm Project has launched its 20th season, Thodos Dance Chicago turned 15 in 2007, Molly Shanahan Mad Shak turned 15 in 2009. On the cutting edge, Breakbone Dance Co. and Same Planet Different World both started in 1997 but really came into their own in the zeroes, as did Lucky Plush Productions, which debuted in 1999. This decade might not have seen as many noteworthy debuts, but Chicago Dance Crash and The Seldoms have quickly emerged among the very best, artistically, in town. Few success stories in the decade compare to that of Luna Negra, though, which was founded by Eduardo Vilaro in 1999 and was packing in crowds at the Harris within the decade. Ironically, Vilaro left the company he founded in 2009 for the helm of Ballet Hispanico in New York, replaced by Gustavo Ramirez Sansano.

And then there are the festivals. Dance Chicago ended the decade with the fifteenth version of its sprawling extravaganza, outliving its co-founder, Fred Solari, whose untimely passing in 2006 led some to believe the festival too would see its finale. And the Other Dance Festival created a showcase for emerging companies to show their work in intimate environs. But the Chicago Dancing Festival really made its name in a hurry, by showing world-class dance companies, many from outside of Chicago, in a free festival in Millennium Park. 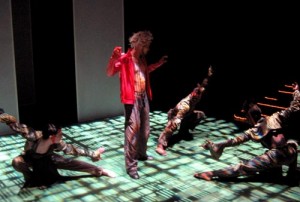 One other major initiative of the decade was The Excellence of Dance Initiative, created by the Chicago Community Trust in 2001, which led to the launch of SeeChicagoDance.com in 2006 as a nonprofit hub for this burgeoning dance scene. At decade’s end, we count 107 Chicago dance companies listed in the directory on SeeChicagoDance.com. Sure, some might be irregular and some in limbo, but 107 Chicago dance companies!

With so many companies now fomenting a meaningful dance culture in Chicago, what now? What sets Chicago apart? With all due respect to the accomplishments of the Joffrey and other touring classical ballet companies, Chicago is a contemporary/modern dance town, infused with a multicultural essence befitting the diversity of its residents. Chicago dance is not diverse as a mission statement, it’s diverse at its core. Some, like Chicago Dance Crash founder Mark Hackman, see the fusion of contemporary dance with the multicultural styles derived from the street as a uniquely Chicago thing. “More often than not, this contemporary view is usually taking street styles (house, breaking, waving, hip-hop, krumping) and putting them in a theater with concert techniques like modern, ballet or jazz,” Hackman says. “Our generation is getting established enough to start producing our own work and all these new TV shows and movies have hit this decade that have ballerinas onstage with breakers, it seems like it’s an approach that’s only going to gain popularity into the 2000-teens and well beyond that.”

What better coda for an extraordinary decade: even better, on the horizon?