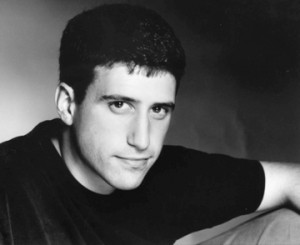 Jesse Weaver’s “The Artist Needs a Wife,” slated for its world premiere at the side project theatre this week, is not a play to see if you’re feeling low. It’s about “trying to imagine what life would be like if you were a complete and utter failure,” says the Virginia-born playwright whose career is anything but—his last production at the side project, where he is an ensemble member, “On My Parents’ One Hundredth Wedding Anniversary,” drew critical raves. The plot of “Artist” centers on “fairly fucking old” washed-up artists: Mott, a DJ and Freud, a painter, along with Freud’s discarded muse, known only as “Whore.” The characters live in a futuristic world of Weaver’s imagination. “When I started writing it, I didn’t know much about DJing. It looked so cool and so hip. I was wondering: this art form seems so new and so uniquely of our time, what is it going to be like in 50 years? Are these guys going to be mixing in old folks homes in 2070?” We chatted with Weaver over the phone and via email from Virginia—he’s currently living in Ireland, where an earlier version of this play appeared at the Dublin Fringe Fest—to get some insight into his work.

What inspired you to write a play about failure?
I was in my mid-twenties [when I started writing it]. Living in my friend’s basement apartment—especially when you’re working in Chicago theater where everyone has to have a day job—there’s this feeling of, “Oh my god, I’m going to be 50 and doing [this] the rest of my life. In your mid-twenties, you’ve been sort of written a blank check. [You’ve been told] you’re very talented and you’re very cool and the world’s going to fall at your feet, and then you [learn] it’s not going to and you start to feel sorry for yourself and are going to end up this crusty old man in the basement—that was a personal feeling that sort of stoked the play. I started sharing these thoughts and found I wasn’t the only one with those feelings.


How did you come up with the title?
I was sort of thinking of Rodin and his relationship with Camille Claudel. She began as his muse, his model, and then became an extremely talented sculptor in her own right. I got this sense (from the admittedly little that I had read and heard) that living in the ‘great man’s’ shadow had become a massive weight on her, ultimately destroying her. I also think that the preponderance of men in the official history of art suggests an active stifling of the female voice. Traditionally speaking, the official historical narrative is that behind every ‘great man’ is a quiet, unselfish, long-suffering wife who gives all she can to let him and his art flourish. The play is, in my opinion, an attack on that idea—not that that’s groundbreaking or anything, that’s just what it is.

What is the significance behind the choice to make the characters ageless?
There was no realistic way I could pull off young actors being a certain age and be sort of generic old, old, old people…the catch is that they are very spry and energetic considering their ageless or agedness. And also in terms of the world of the play, it was [to convey] that things have stayed the same so much…its almost gotten to not matter how old they are [or] much time has passed—things simply have not changed.

What was your first play?
[I wrote it] when I was 16 and it was kind of a ripoff of “Waiting for Godot.” It was called “Space,” an incredibly elliptical and ambivalent title, or at least I thought so at the time. One of the guys carves out a space on a hillside and says he’ll never leave it, and someone comes and tries to get him to let him use the space as well. As far as subject matter, I haven’t changed that much, in terms of two people trying to inhabit a space and trying to negotiate relationships within that space and to develop an antagonistic relationship that could become violent…Hopefully in terms of skill I’ve gotten a little better.

How has living in Chicago influenced your writing?
First off, you’re surrounded by such astounding examples of great writing—not just the high-profile names of Mamet or Gilman or Letts, but by real, inspiring artists like Brett Neveu, Sean Graney or Lisa Dillman (just to name a few)—who’ve crafted their own specific and unique Chicago voices. People like that simply teach you a lot about writing, just by watching and listening to them. I’ve also been lucky enough to work with or watch and learn from directors like Jimmy McDermott or Kimberly Senior or Jessi Hill, directors who know how to work with new writers to help them find their own voice. Living in Chicago offered me more than any kind of masters program ever could. And the city itself offers this wonderful collision between art and the everyday, instilling you with an approach to theater that’s focused on process and workmanship, rather than pomp and circumstance.