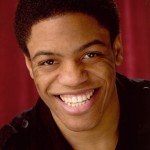 11. Jon Michael Hill
Actor
The minute Jon Michael Hill appeared on stage in Tracy Letts’ “Superior Donuts” at Steppenwolf, you knew you were in the presence of something special. His electric, charismatic portrayal of Franco was a star turn in the truest sense—you just can’t keep your eyes off this guy, a sensation repeated when he portrayed Ariel with acrobatic physicality in “The Tempest” also at Steppenwolf, where he became an ensemble member practically directly out of college. Catch him when and if you can, since his Franco was the talk of Broadway last fall, singled out in a recent profile in the New York Times. 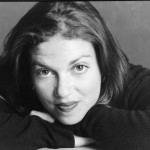 12. Kimberly Senior
Director
Small venues and anemic budgets are no match for the creativity of a director like Senior, who founded Collaboraction thirteen years ago. This is a director who knows how to wake up a text and give it new life, and she is one of the city’s key directors of the moment. Her canny, scarily intimate production of “The Pillowman” for Redtwist was one of the top storefront productions of 2009, not to mention her work on “All My Sons” (TimeLine) and “Cherry Orchard” (Strawdog). Chekhov is quickly becoming her specialty; in April she directs “Uncle Vanya” for Strawdog. 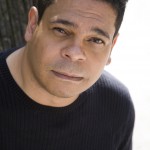 13. Edward Torres
Director and actor
The co-founder and artistic director of Teatro Vista, Torres proved himself a force to be reckoned with last fall with his slaptastic and incredibly intelligent production of “The Elaborate Entrance of Chad Deity” for Victory Gardens. The show moves to New York in May under Torres’ direction, with most of the same actors he originally cast along for the ride. That’s impressive no matter how you look at it. And, as an actor himself, he was one of the better things in Migdalia Cruz’s “El Grito Del Bronx,” which played in the Goodman’s Owen. 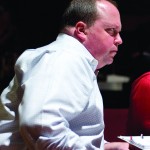 14. Nick Bowling
Director
This founding member of TimeLine Theatre is a directorial freak of nature. After his production of the rarely performed musical “Fiorello!” became his company’s most successful production of all time, he still wasn’t satiated. Pulling together a killer entourage of nine young men for his staging of Alan Bennett’s “The History Boys,” Bowling broke the record again and helped cement TimeLine as a major player in the market and beyond. Let’s see what magic he can make this spring when he takes on Aaron Sorkin’s ode to the creation of television, “The Farnsworth Invention,” at TimeLine. 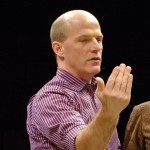 15. Charles Newell
Director
Charlie Newell has developed a reputation as an accomplished risk-taker as artistic director at Court Theatre, and more often than not, he’s at the helm himself. Of course, risk-taking by its nature sometimes ends in failure, and Newell’s had his share, but the last couple of years have been anything but, as his “Caroline, or Change” was both a critical and commercial smash, the most successful play in Court history, and his direction of the Chicago premiere of Tom Stoppard’s “Rock ‘N’ Roll” at the Goodman garnered favorable comparisons to its earlier London and New York go-rounds. Later this month, he returns to the Court stage with Joan Didion’s “The Year of Magical Thinking.” 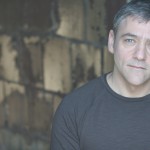 16. Michael Halberstam
Director and actor
If you think it a mystery how putting on little plays in the back of a suburban bookstore led to a multimillion-dollar theater powerhouse in little more than a decade, look no further than Michael Halberstam. The Writers’ Theatre co-founder and artistic director does it all, with a fair bit of acting and a whole lot of directing on Writers’ now two North Shore stages. His range as a director, from the serious demeanor of “Nixon’s Nixon” to the musical adaptation of Shaw’s “Candida” this last season in the likely New York-bound “A Minister’s Wife,” is a reflection of the scope that Writers’ is known for. 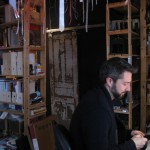 17. Brian Sidney Bembridge
Scenic and lighting designer
Brian Sidney Bembridge, member of Lookingglass and artistic associate at other theaters, is no stranger to awards and high praise—he’s even been called the scenic designer of the decade—and one of the busiest. In the last year alone he did, among others, TimeLine’s record-setting “The History Boys,” “The Maids” at Writers’, Teatro Vista’s “Our Lady of the Underpass” and, most notably, Victory Gardens’ New York-bound triumph “The Elaborate Entrance of Chad Diety.” 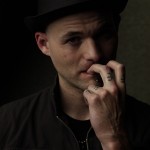 18. Sean Graney
Director
It always seemed that Sean Graney—no matter how outré his output—would remain Chicago’s theatrical “It” boy who could do no wrong. But when some critics started implying that Graney’s work on shows such as “Frankenstein” was starting to get repetitious, Graney returned with “The Mystery of Irma Vep.” Like “What the Butler Saw” the year before, it was the perfect marriage between an accredited avant-gardist like Graney, and a bold theatrical institution like Court willing to throw resources at wild ideas. And while “Vep” ultimately bore the stamp of a “Sean Graney show,” it also showcased Graney at his most aesthetically confident yet directorially restrained, proving that this director was capable of new ideas. When it comes to Graney, the only predictable thing is that he continues to earn his place on this list. 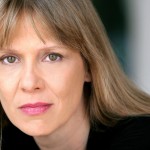 19. Amy Morton
Actor and director
“[Hers] is the sort of performance that comes along rarely. So palpably honest, the line between acting and reality becomes forever blurred. Actors of the Golden Age rave about their memories of Laurette Taylor in ‘The Glass Menagerie.’ I offer Amy Morton in ‘August: Osage County.’” To quote a New York City-based blogger and self-confessed “August” fan seems the most apt way to capture the effect Morton’s performance had on the public. And as a director, she’s helping to establish the Steppenwolf, where she’s an ensemble member, as the antidote to the Goodman for bracing, kick-of-reality and in-your-face-theater at the holidays (“Dublin Carol” in 2008, “American Buffalo” in 2009). What you see is what you get with Morton, and in 2009 many outside Chicago noticed—she’s in movie theaters now with a role in Jason Reitman’s “Up in the Air.” She may have reached her acting pinnacle with “August”; as a director she’s only just begun. In fact, she’s staging “Awake and Sing!” at Northlight starting next week. 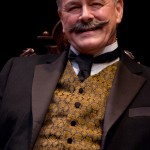 Francis Guinan in "Fake" at Steppenwolf

20. Francis Guinan
Actor
Steppenwolf subscribers might reasonably wonder if Fran Guinan has some dirt on one of the board members or something, so consistently has this thirty-year ensemble member been cast in shows the last two years. The dirt on Guinan, though, is that he’s just that good. Whether his low-key delivery as Don in “American Buffalo,” on stage now, his riveting performance as Marc in last season’s “Art,” or his hilarious madcap turn as Johnnie Walker (yes, the one on the whiskey bottle) in “Kafka on the Shore,” this actor’s presence in a Steppenwolf show is a mark of quality. And we haven’t even mentioned his performances in “Fake,” “The Seafarer” or “August: Osage County.”