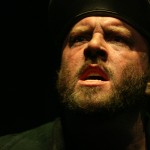 21. Chris Sullivan
Actor
When Sully Sullivan, blackened by ship’s furnace coal, let out his roar as Yank in The Hypocrites’ production of “The Hairy Ape” at the Goodman last year, it was as if Eugene O’Neill had written the role for him, so perfectly did his hulking figure and imposing acting inhabit the character. So when, later that same year, he showed up in and out of drag in another Sean Graney-directed play, the raucous quick-change comedy “The Mystery of Irma Vep” at Court, it was nothing short of astonishing. In spite of his physical size—or, likely, because of it—his, um, dainty portrayal of Lady Enid was a major factor in making this show an over-the-top success. Comedy is clearly in his blood; he also had a small but vital role in 2009’s “Don’t Dress For Dinner” at the Royal George. 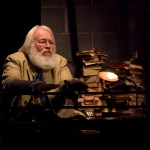 22. Frank Galati
Director and actor
When this Tony-winning director—an ensemble member at Steppenwolf and artistic associate at Goodman—took the stage as Prospero last year in Steppenwolf’s polarizing production of “The Tempest,” wags speculated that his portrayal of the sorcerer’s swan song had autobiographical overtones for the 66-year-old Galati. If so, he’s not showing any sign of his “charms being all o’erthrown,” for this spring he’s helming Steppenwolf’s much-anticipated take on “Endgame.” 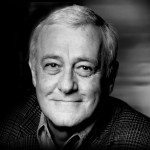 Actor
With the millions he likely banked in a leading role in the long-running hit TV series “Frasier,” John Mahoney might have spent his AARP years sipping Mai Tais on any beach he wanted. Instead, there he was last Christmas, waking up under a chair, hungover and blind, in Steppenwolf’s “The Seafarer,” where he’s been a longtime ensemble member. And just before that, there he was, up in Skokie on Northlight’s stage, waging words with Mike Nussbaum, his fellow eminence grise of the Chicago stage, in “Better Late.” Now that’s a role model. 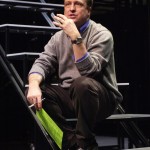 24. Gary Griffin
Director
One of Chicago’s most high-profile directors, especially in the realm of musicals, Gary Griffin’s Broadway debut helming “The Color Purple” seems to have worked out reasonably well: the show has grossed more than $100 million to date, in New York and on tour. But it’s his work at Chicago Shakespeare, where he’s associate artistic director, that really gets the raves. His “Pacific Overtures” went to London a few years back and came home with the coveted Olivier Award. This week, he’s taking on Noel Coward’s sophisticated “Private Lives” in the friendly confines of Navy Pier. 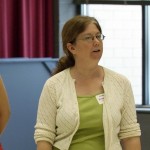 25. Mary Zimmerman
Director and playwright
Though Chicago theater’s resident genius (she’s a MacArthur Fellow) and Tony-winning director has been occupied a fair bit these last couple years with productions for the Metropolitan Opera in New York, to decidedly mixed response, she hasn’t forsaken her Chicago home, as she recently restaged her early “Arabian Nights” sensation at Lookingglass, where she’s a company member. The work that put both her and Lookingglass on the artistic map years ago, “Nights” played better than ever. 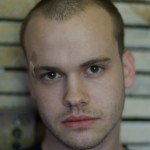 26. Stephen Louis Grush
Actor
Grush exploded on the scene with his lead role in Steppenwolf’s “Good Boys and True” at the end of 2007 and has stayed consistently in the picture since, most frequently on the Steppenwolf stage, where his brooding physical style conjures up a young John Malkovich, with an impressive array of tattoos covering his body, frequently on shirtless display. Most notably, he was insanely good in “Sex with Strangers” at Steppenwolf’s First Look fest over the summer. His ambition seems to be boundless, with his recent launch of a new-work theater company, Thirteen Pocket, as founding artistic director, to go along with his steady flow of work as an actor. 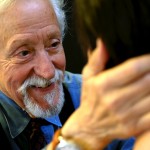 27. Mike Nussbaum
Actor
This 86-year-old legend of the stage is, to put it simply, the embodiment of Chicago theater history, with a career that dates back to the Bob Sickinger days at Hull House in the early sixties, through the David Mamet heyday (he was one of “the guys” who did Mamet shows in Chicago, on Broadway, in the movies), and right up to the present. Perhaps he’s slowed down a bit, but he surfaced last year in Steppenwolf’s “The Tempest” as a mid-run replacement, and stars later this month at Northlight, in the Amy Morton-direction production of Clifford Odets’ “Awake and Sing.” OK, so maybe he’ll slow down at 100. We doubt it. 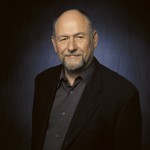 28. Dennis Zacek
Director
One of the benefits of serving the longest continuous run as artistic director of a major Chicago theater means you get to choose your spots. Sometimes that means directing most of the premieres of longstanding colleagues like Jeffrey Sweet and James Sherman. Othertimes, it means folks like Billy Petersen will come back and do plays with you, like last-season’s phenomenon “Blackbird,” which set box-office records for Zacek’s Victory Gardens and garnered rave reviews. Zacek’s been at it long enough to know that sometimes the best direction is to just step back and let great actors do their thing. It’s an insight that actors, and audiences, appreciate. 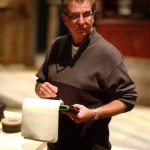 29. BJ Jones
Director and actor
It’s a full-time job or more to serve the duties of artistic director of a major theater company, so it’s doubly impressive to see someone like Northlight’s BJ Jones direct so many of his company’s significant productions, whether bloody black comedies like “The Lieutenant of Inishmore,” or musicals like “Grey Gardens.” And when he’s not calling the shots backstage, he still occasionally steps out onstage, as one of the city’s finer actors. 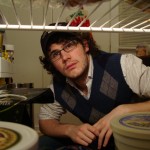 30. Andrew Hobgood
Director and playwright
The New Colony’s co-founder and artistic director Andrew Hobgood has assembled the weirdest, most dynamic performers around and quickly set to creating plays and musicals that elicit tears and laughter and tears of laughter that remind audiences why we have adult diapers. In the last year Hobgood has led us to the depths of the jungle, the bowels of a frat house and the airtight freshness of a 1950s Tupperware party. He’s pretty popular too. The New Colony was one of only two companies to get enough Facebook votes to secure $25,000 from Chase Bank.