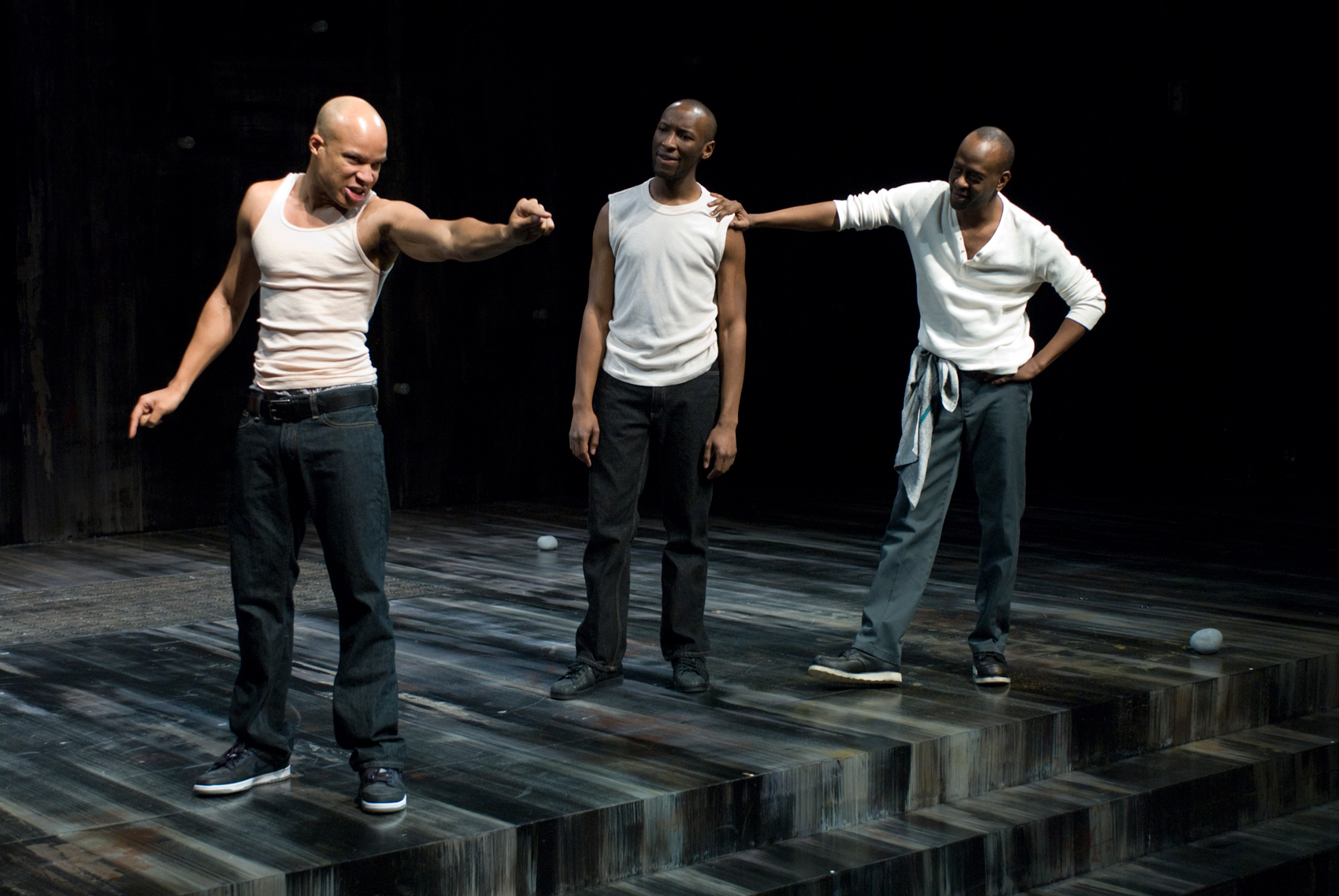 The question of whether the two separate “packages” of “The Brother/Sister Plays” can be seen on their own was a bit of a topic at the press opening on Saturday, one which those of us who saw both can only offer a hypothetical yes to. But we can unequivocally say that seen together they form an epic new work of theater with a power that grows deeper and richer with each installment. Not bad for a 29-year-old playwright, Tarell Alvin McCraney, who crafted the strongest of the three plays (the two shorter works are seen together) while still in school.

The loosely structured story of a Louisiana family across three somewhat timeless generations is told through a series of vignettes, dreams, songs, dances, etc.—a list of parts that can’t begin to sum its whole. “In the Red and the Brown Water,” the “sisters” play, chronicles the heartbreak and sacrifice that love in all its forms (familial, passionate) engenders when Oya, played with effusive joy and heartwrenching pathos by ensemble member Alana Arenas, seems to pay a life of consequences when she passes up a scholarship to care for her ailing mother. “The Brothers Size,” the second play chronologically and the first play of the second package (less confusing than it sounds) is a masterpiece of brotherly love, both the sparring and laughing that bonds real brothers, as well as the mysteries of friendships, perhaps even more, that can bond men. Phillip James Brannon and K. Todd Freeman will tear your heart apart and make you smile with pleasure as they jam to the sounds of Otis Redding’s “Try A Little Tenderness.” The final play, “Marcus; or the Secret of Sweet,” explores more explicitly a subject raised in the earlier plays, that is, the love that dare not speak its name, when the marvelous Glenn Davis, now playing the son of the character he’d inhabited in the earlier plays, goes through the experience of coming out, as filtered through the African-American experience.

The lives in “The Brother/Sister Plays” are lived entirely within an African-American vernacular, yet those of us watching from the outside never feel like anthropologists, but rather as cultural participants. This might just be thanks to the impressive accomplishment of McCraney’s regular collaborator, director Tina Landau, a white female. But it’s also probably due to the generous range of music and dance—the universal language—sampled by McCraney, from Negro spirituals to hip-hop, from stepping to drag, and probably more.

Although the work stands on its own, with its own voice and ideas, you’ll also probably feel another presence when you take it in, this music-infused, hilarious, tragic, complex, multi-generational telling of the African-American experience. If you do, you might just agree that Tarell Alvin McCraney is on course to be the August Wilson for the twenty-first century. (Brian Hieggelke)