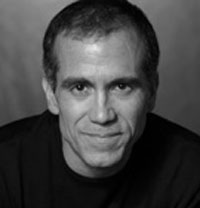 Northwestern University’s Theatre and Interpretation Center is currently presenting three productions of its brand new “Masters-in-the-Making” series, which features the work of three third-year MFA student directors. The works include David Greig’s “The American Pilot,” “The Who’s Tommy” and “The Handmaid’s Tale,” adapted from Margaret Atwood’s novel. “The idea is to celebrate the kind of capstone experience of these three young directors,” Artistic Director Henry Godinez says. “We’re putting them together in the same quarter, almost as sort of a festival.” Godinez says the idea of putting the productions together—instead of scattered around the year, as they were in the past—helps them earn attention. “My feeling was that [the productions] would get lost in the midst of the rest of the season,” Godinez says. “I felt like this would be exciting and it would be advantageous to make an event out of it. Of the productions, Godinez says, “All three [directors] have chosen projects that are personal to them. They have a comment to make about the way they view the world in which they live.” The “Masters-in-the-Making” series runs through March 14. (Tom Lynch)