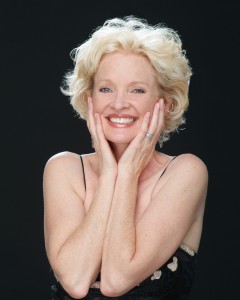 If Winnetka native Christine Ebersole is not a household name, part of the reason may be that her range is so diverse and the genres she has conquered so unrelated that only someone paying close attention would notice it is all the same person.

Back in the late 1970s, the New Trier graduate went to New York City where her dramatic prowess was showcased as a regular on the soap opera “Ryan’s Hope”—and much later “One Life to Live”—before landing at “Saturday Night Live” where she co-anchored the “Weekend Update” desk and also revealed that she is a wicked comic and mimic.

As a character actress, Ebersole has been a constant in movies and television—my own favorite was her portrayal of the soprano who beats up Mozart in “Amadeus” when she learns he is engaged to someone else—but it is as a Broadway performer that Ebersole has most come into her own.

A coloratura soprano of immense flexibility, early on Ebersole was doing revivals such as “Oklahoma!” and “Camelot,” where she was Guenevere to the Arthur of both Richard Burton and Richard Harris, but went on to a Tony Award-winning performance as Dorothy Brock in the smash hit revival “42nd Street,” and also starred in “Steel Magnolias,” “On the Twentieth Century,” “Dinner at Eight” and, most recently, won her second Tony Award for her dual role in the musical “Grey Gardens.”

This rare area homecoming engagement will feature her music director and pianist John Oddo and will spotlight Ebersole’s comic and dramatic skills as well as feature selections from the Great American Songbook and Broadway classics associated with Ebersole, among them Stephen Sondheim numbers in honor of his 80th birthday, which was March 22.  (Dennis Polkow)