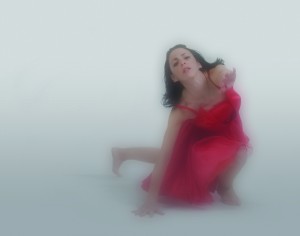 Narratives—we human beings eat them up, seek them out, quite frequently imagine them where they don’t exist. They entertain, they educate, they frame our understanding of the world and ourselves. Jan Bartoszek, director of Hedwig Dances, has been thinking a lot about personal narratives during the company’s twenty-fifth anniversary year. Even the title of her new piece—”Dance of Forgotten Steps”—evokes images of myth and legend, like the title of a young-adult fantasy novel. Bartoszek found inspiration in the personal experiences of Hedwig’s six company members, plus seven additional dancers from the community, who recalled formative moments of their lives on tape for the show.

“The piece is about how important memories form our personal narratives and our identity and, in the subtext, the transitory nature of our lives,” Bartoszek says. “A lot of stories have to do with childhood experiences. My personal remembrances have to do with being out in nature in Northern Michigan with my father. Out in the woods…being it looking for mushrooms or just walking around trees and rivers and lakes—those memories are part of my relationship with him and part of who I am.”

Also on the program is a new work for two men by Andrea Miller, entitled “Dust.” Bartoszek commissioned Miller to make a smaller piece for the company; the result is an intimate piece with music by Arvo Part, also on the theme of memory. “The signature movement in the piece begins with the men holding their hands over each other’s eyes and running blindly through the space,” Bartoszek says. “It’s about the relationship and loss of the relationship between the two men. It has a sad beauty.”

The program then shifts tone, concluding with excerpts from Susan Marshall’s carnivalesque “Sawdust Palace Suite,” a character-driven, decadent spectacle of cabaret and aerial artistry. This is the first time Hedwig has performed any aerial work.

“I have an extraordinary group of dancers right now—they are what makes this company so strong,” Bartoszek adds. “I want to give tribute to them, because they make the dances what they are—their ability to execute and perform and believe in the work. That’s my pleasure in twenty-five years—working with extraordinary dancers and collaborators. That’s always been the pleasure, working with people.” (Sharon Hoyer)