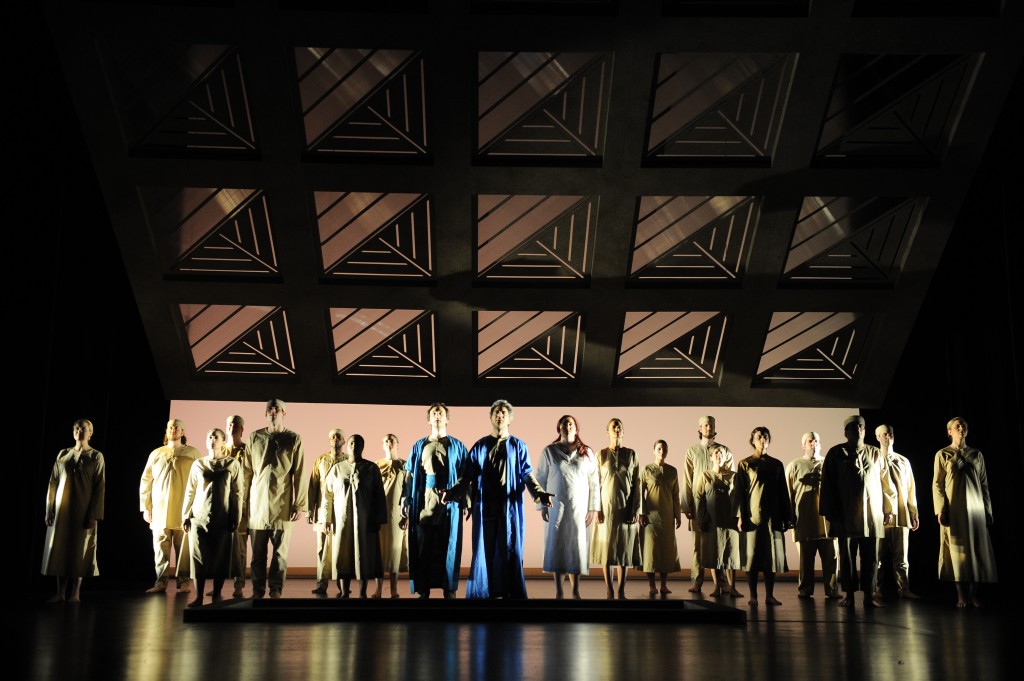 The last time that you could have heard Rossini’s “Moses in Egypt” in Chicago was in 1863, when a touring Italian company happened to bring the piece to the McVickers Theatre downtown. The Civil War was raging and we had an Illinois resident with low popularity in the White House by the name of Abraham Lincoln.

Having now experienced this stellar work at the hands of Chicago Opera Theater, it is hard not to contemplate such bizarre neglect of nearly a century and a half in the face of having to regularly hear far inferior Italian operas of composers that Rossini influenced. The bottom line, however, appears to be that Rossini was the master of both comedy and drama, but his most popular later successors Verdi and Puccini by and large took up drama more than comedy, which left Rossini reduced to the master of comedy.

And even staging a Rossini comedy is a nightmare these days, given how few singers have the vocal technique to actually sing this stuff, especially given that theaters are larger and pitch has steadily risen since Rossini’s time, which is murder if you’re a singer trying to reach those high notes after runs in rapid succession. The only way that “Moses in Egypt” would have had a chance in recent decades is if there had been a pants part for Marilyn Horne or if it had been a clear vehicle for a single singer; as a large ensemble piece with a pair of vocally demanding lovers, to say nothing of Pharaoh, Moses and a chorus of Israelites and Egyptians, the work never had a chance, however glorious the music. 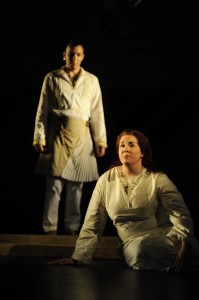 This is a story we have seen many times before: two star-crossed lovers across two cultures caught up in the clash between them, ending in tragedy. It was hard not to think of Verdi’s “Aida,” also set in Egypt, and how much that more popular later work owes to “Moses in Egypt.” For that matter, some of the choral sections could have been lifted right out of Verdi’s “Nabucco” and the “Requiem.” And what gorgeous choral writing it is, even when presented by a mere eighteen-member chorus of young opera singers not used to blending together as a unit.

To use the Exodus story as a backdrop for romantic melodrama in the Egyptian court in Rossini’s time was amazingly innovative. Modern Egyptology was just beginning as a discipline. (The discovery of the Rosetta Stone allowing for the reading of hieroglyphs had just occurred in 1799 and piecemeal translations were just starting to appear.) Aside from the improbability of a Hebrew slave and a prince of Egypt being able to cross paths enough to fall in love, it is remarkable how much the Egyptians are humanized in this telling of the story.

No Cecil B. DeMille sermonizing here; the Egyptians are treated as human beings whose lives have value. When the prince, an Egyptian first-born, falls to the last of the plagues, his loss is keenly felt by his lover and by extension we, the audience, since we have come to know and empathize with their romantic plight and have watched the full extent of their love. Even the fact that the prince tries to keep the Israelites from leaving doesn’t diminish our empathy for their situation. Likewise, too, when the Egyptian army and Pharaoh himself are drowned in the Red Sea (in this production, portrayed by a moving wall), the music makes clear what everyone feels: a sense of loss, even in triumph, by the Israelites.

And the singing?  Happily, and despite visa problems that kept one of the originally announced principals from being able to come to Chicago, this was a cast that by and large did the work justice. Italian bass Andrea Concetti has a firm and sturdy bass and brought considerable authority and tenderness to his portrayal of Moses. But it is the lovers—soprano Siân Davies as the Hebrew slave Elcia and tenor Taylor Stayton as the Egyptian crown prince Osiride—who make for the true vocal fireworks of the evening.

Kudos, too, to Italian conductor Leonardo Vordoni, just off his Lyric debut with Mozart’s “Marriage of Figaro,” for a stylish job of making a small chamber orchestra sound quite Italianate and much fuller than its actual numbers.  (Dennis Polkow)