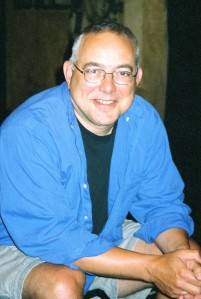 David Zak, executive director of the newly formed Pride Films and Plays, is hopeful about the progress that’s been made toward the public’s perception about the gay community. He is, however, also fully aware that more work needs to be done. “There seem to be so many things that are still issues,” says Zak who, until last year, served as artistic director of the financially beleagured Bailiwick Repertory Theatre for more than two decades. “Despite the fact that there’s more entertainment things that are gay friendly when you deal with, say, the political world and the sports world, the country still needs to take time to discuss these issues.” Pride Films and Plays, in an effort to educate and inspire the theater community and general public, is kicking off its inaugural event, “Five Decades of Great Gay Theater,” on May 9. For five straight weeks, the group will pull together local talent for staged readings of some of the better-known gay plays. The series begins with 1968’s “The Boys in the Band,” and will be directed by Michael Lasswell and hosted by Dean Richards of WGN TV & Radio. Each week moves up a decade until the final reading of 2003’s “Take Me Out,” which will be directed by Zak himself. “The works we tried to pick are things that audiences can still relate to,” says Zak. In conjunction with the reading series, the group will curate the “Great Gay Screenplay Contest.” Entries will be accepted from May 1-August 1, and five finalists will have their scripts performed as staged readings during Reeling 2010. “We want to get rid of all those little asterisks in our head,” says Zak about the idea of gay theater versus theater. “I hope the label becomes unnecessary.” (Peter Cavanaugh)