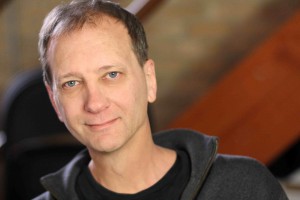 Will Cooper, who only started writing plays in 2004 after “accidentally” taking a playwriting class his wife couldn’t, has his first full-scale professional production, “Jade Heart,” at Chicago Dramatists after his first play “Book of Leaves” debuted at Village Players in 2006. We spoke to Cooper the week before the show opened about identity, race and coming of age.

So just a little about the play. Would “family drama” be an accurate description?
Definitely a good place to start. Here’s the slug paragraph: “Jade Heart” tells the story of Jade, a woman abandoned as an infant in China and adopted in America by a single mother. It follows their lives from Jade’s childhood until her early twenties. It’s a fictional account of transnational, transracial adoption… It touches on the social and political issue of overpopulation in China and the one-child rule of 1979, but it’s not a piece of propaganda… I’d hope it’s a human story primarily about the relationship between a mother and her daughter, and the daughter’s struggle to answer questions about origin and identity.

What inspired the story? A personal experience, a news story?
Actually, a sister of mine adopted a “lost girl” from China back in the 1990s. My niece and I are good buddies, so that’s what got me thinking about the issue. The more I thought about it, the more I realized that the story resonates far beyond issues of adoption, taking us to a lot of universal questions.

What would you say these universal questions are?
I guess they’re as basic as they come. Who are we? Where do we come from? Where do we belong, if anywhere? A fundamental question of where we are and what we’re doing here. Creating an identity for ourselves is something we all face.

So how has producing the show gone?
Chicago Dramatists has been a very special place to mount my first professional production. It’s such an important cultural institution, really developing and producing new plays, in ways that other institutions only give lip service to supporting new and emerging playwrights. (Monica Westin)