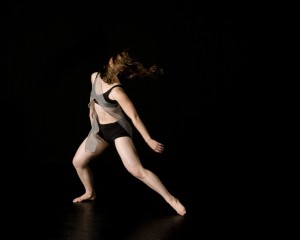 Art has a singular power of removing us, if only for an hour or two, from our habits and expectations to imaginary landscapes where we’re challenged, confused, delighted, sometimes angered—where we think in a previously non-existent direction, hammering out new dimensions in our consciousness. When art is at its best, we step away from the experience to view the commonplace differently. Shirley Mordine, founder of the Dance Center at Columbia College and director of Mordine and Co., created the NEXT festival last spring in the spirit of this exploration and addresses the concept directly in her new piece, “I Haven’t Gone There,” premiering at NEXT Fest this weekend. Mordine collaborated with performance artist Bryan Saner of the now-disbanded Goat Island Performance Group, and Mark Messing of spectacle marching band Mucca Pazza to create a theatrical tour through unusual encounters.

“I started off with a metaphor of a traveling group of performers who take you, rather than from town to town, to places you haven’t been before,” Mordine says. “It’s part of how I feel about the world right now—the global village becoming more compact and the very interesting encounters we deal with between cultures, between people. It’s a collision of backgrounds, ideas. I always like the idea that as artists, you help people experience that, you prepare them.”

In “I Haven’t Gone There,” Saner, who served as associate artistic director of the piece, plays a moderator who guides the audience through scenes created by seven dancers, two performing stagehands and a marching band. Mordine cites Shakespeare as an inspiration for her approach to dance theater. “When you go see a Shakespeare play, there’s something there for everyone in the audience, from the most eloquent soliloquy to the standees getting the bawdy jokes, and I love that sense of scale,” she says. “It’s a way of engaging an audience on all kinds of levels.”

“It’s been a delight working with Mark Messing and Bryan Saner,” Mordine adds. “Bryan’s worked as a performance artist for some time with Goat Island and I think the spirit of this work was one of even challenging myself to go places I haven’t been before. The NEXT Festival is meant in the spirit of going somewhere else.” (Sharon Hoyer)