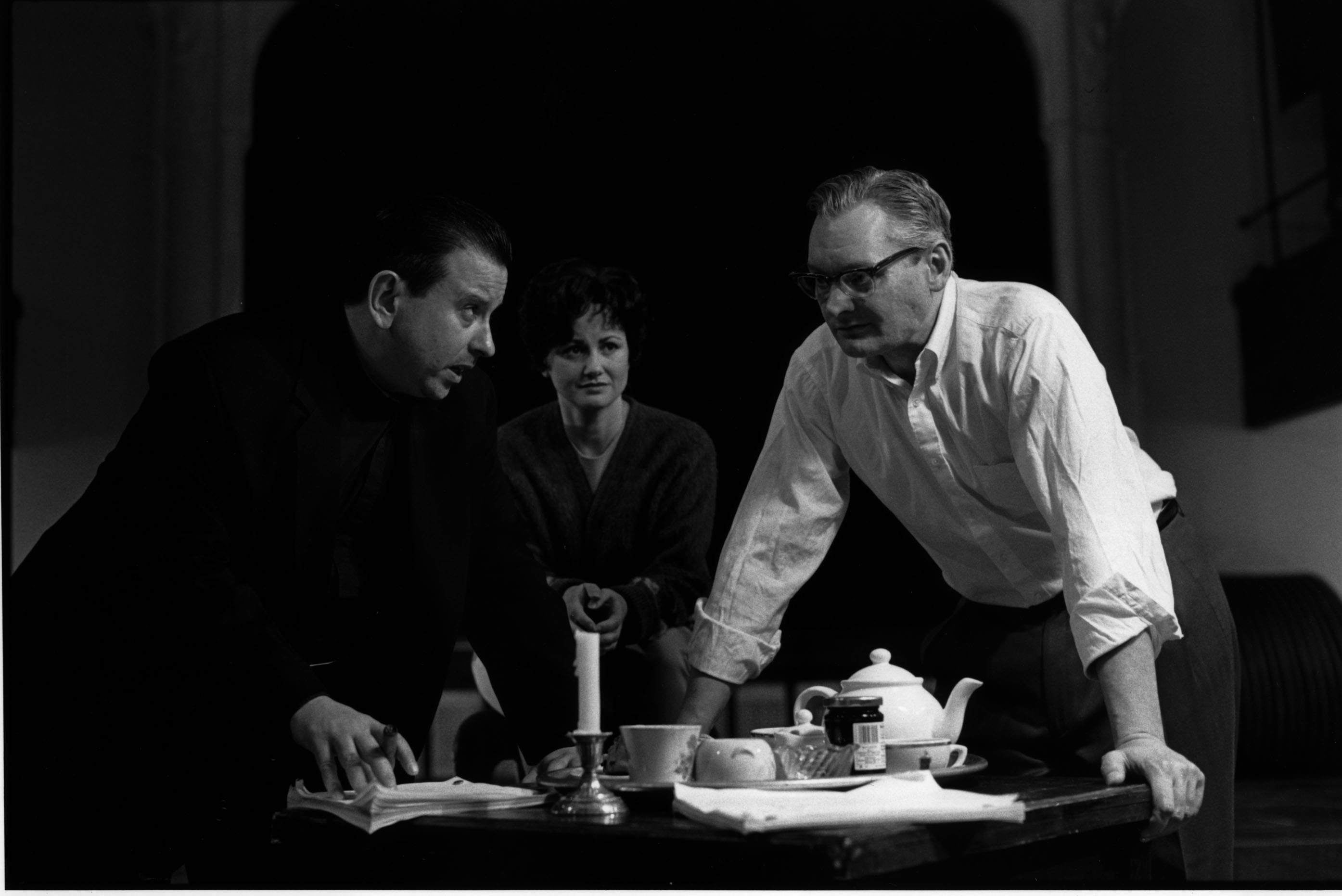 “I don’t know if I can face the embarrassment of how much money I might owe people,” admits David Cromer, sporting a five o’clock shadow, an un-ironed navy blue button down, jeans and flip-flops, and looking entirely out of place in the Writers’ Theatre Parlor Room with its flower-pattern upholstered furniture and “Garden at Sainte-Adresse” Claude Monet print. It is four days into tech, five days away from “Streetcar’s” first preview, and Cromer is incredibly relaxed despite having just downed a two-ounce bottle of 5-Hour Energy (an actor in the company calls it “Cromer’s crack”). Having grown up “literally exactly middle-class” in Skokie, Cromer attributes his past financial struggles to the lack and mismanagement of money, laziness (although he did hold down a day job for seven years), and a sense of entitlement. (“I’m not proud of this, but somewhere in my head I did believe that it should not have been such a burden for friends to help me out.”) Cromer feels bad about having “mooched horribly” off friends during the lean years, which is why he tries to “pay back that way” when he can, something he can afford to do for the first time in his life. In fact, Cromer can afford a lot of things these days, including an apartment in a doorman building in Manhattan’s Upper West Side, a personal assistant back in New York who manages his schedule and yes, even that iPhone he constantly flashes in rehearsal, in public and in interviews, a bizarre sight to friends still growing accustomed to seeing Cromer whip out a twenty-dollar bill. And yet. “David hasn’t forgotten anyone who ever bought him drinks and lunch, I’ll tell you that,” comments Grapey. “He’s a generous guy.” (Cromer’s response: “That’s nice. Is forgetting the same as paying them back?”)

Ironically, it is largely this period of necessity, of working with few resources and little money that ushered in some of Cromer’s finest work. BJ Jones becomes visibly animated as he discusses a single silhouette of an image from “Orson’s Shadow” that made him literally “gasp.” Ann Filmer, artistic director of 16th Street Theater in Berwyn, and who worked at Writers’ when Cromer was acting in a production of “The Beats” for director Kate Buckley, stumbles over herself to find the words to describe the impact that Cromer’s famous reveal in “Our Town” had on her the first time she saw it (her animated hands do much of the talking here). For Grapey, a powerful moment in “The Cider House Rules” was the visual equivalent of “going from black and white to brilliant Technicolor.” Graney views Cromer’s original production of “Adding Machine” as an aggressive embrace of the director’s darker style, the likes of which he had never known the Cromer of lively directorial realism capable of. (“Just like Picasso’s sketches put into perspective his Cubist paintings, ‘Adding Machine’ made Cromer’s realistic plays stand out more for me,” Graney says.) And Martha Lavey, artistic director of Steppenwolf Theatre Company, simply recalls “bending my head down and weeping” at the end of “Angels in America.”

As Cromer takes this in, he bends his head down, gazes at his lap, and emits a stream of quiet responses (“uh huh,” “really,” “oh, wow”) before declaring, “Look, I’m not running away from the compliment of people having liked these things, and in my most florid ego moments I’d like to think of it as artistry and stuff like that, but in very practical terms it’s the job, and you have to come up with ways to make it manifest.”

Indeed, for Cromer, once a director chooses a play and the space within which it is to be performed, they accept the problems and must find the solutions.

“Scott Parkinson [a veteran Chicago actor who was in “Angels in America” and who now lives in New York] and I thought of the Angel reveal at a table at Simon’s [a tavern in the Andersonville neighborhood]. I know that my pack of Camels represented the bed, and I want to say my Zippo lighter represented the angel.” (Lowe remembers Cromer sketching out another idea for this moment on a cocktail napkin.) 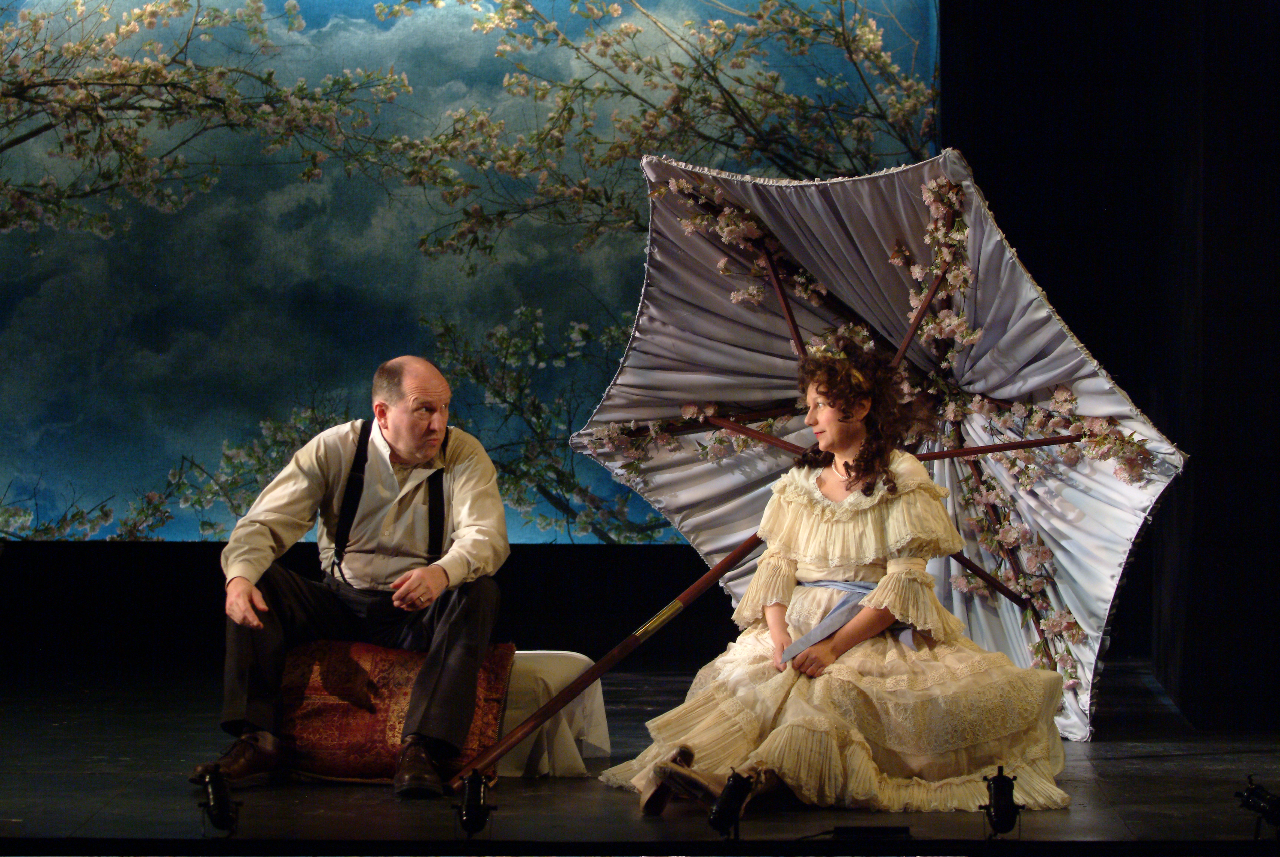 “Josh [Joshua Schmidt, the composer and co-librettist of “Adding Machine”] always tells the story that I drew a couple of things on my program after I saw the workshop.”

Cromer goes on to explain how one simple gesture from an actor in rehearsal (Cromer gracefully lifts his right hand to the side of his mouth) during “Adding Machine” filled his head with images of Victorian girls in gardens (a moment that would be visually realized on stage to great effect).

Whether born out of necessity or organic impulsivity, seeing things and being able to communicate them visually has always been integral to Cromer’s process. It’s something for which he acknowledges his mother and late father, who passed two years ago. Although his mother was a school teacher in the Chicago Public School system, and his father an employee of Hewitt Associates consulting firm (until his retirement in his fifties), they both drew and dabbled in the arts (“I think they may have met in an art class,” ponders Cromer). So his father was a dilettante? “Sure, sure, sure… I shouldn’t say sure, I never know what dilettante means. I could look it up on my phone, though!” (Cue Cromer iPhone moment). He goes on: “I was always drawing people, not animals or apples or anything like that, and it all has to do with portraying human behavior, which is ultimately part of the job if you’re an actor or director.”

“That’s iconic David,” comments Michael Halberstam, artistic director of Writers’ Theatre and a friend of Cromer’s for almost twenty years. “He knows the visual landscape and you must listen to that. Make sure you give him trees and grass I told my production manager [for Cromer’s revival of William Inge’s ‘Picnic’], they’re entirely important to his vision. And they were.”

Lowe, who bonded with Cromer at an early age over the fact that both of their fathers were visual artists, remembers that Cromer was never without his sketchbook. She also deeply cherishes a pencil sketch that Cromer made of her as Chekhov’s Masha when they both acted in a production of “The Seagull.” It’s framed and in her home.

Cromer’s visual prowess also helped Armour conquer two of the handful of diverse characters she was called to play in “Angels in America.” “I could not be more white-bread, and I hadn’t the vaguest idea of how to play a rabbi. So David drew this picture of a frumpy old man and showed it to me, and it let me find the character since I tend to start with the physical stuff.” She also remembers when Cromer suddenly realized that the character of Ethel Rosenberg “should have tits!” “And I said, absolutely, let’s fill them, and he gave me this enormous filled bra and I put it on, and Ethel became somebody else. Somebody that I didn’t know was there. He’s the cat who brings you things, and it’s a gift.” (Cromer doesn’t sketch as much these days; he lost that ritual when he quit smoking years ago. “I used to get up in the morning, smoke and sketch for hours,” he says, plaintively.)