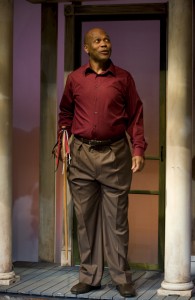 In 2008, E. Patrick Johnson, currently a professor at Northwestern University, published a book titled “Sweet Tea:  Black Gay Men of the South.” It was an oral-history anthology featuring the multi-generational voices of some seventy black men discussing growing up gay in the South, and if nothing else its very publication was an event in itself. After all, aside from the late Joseph Beam’s seminal 1986 book, “In the Life,” one of the earliest anthologies of gay black male writing, the late Marlon Riggs’ astonishing 1989 documentary film about gay black men, “Tongues Untied” and, on the lighter side, “Noah’s Arc,” a short-lived 2005 cable television series about a group of black gay friends, there hasn’t been much on the subject of homosexuality and black men, let alone those of the South. That immediately made Patrick’s work, like Beam and Riggs’ before his, significant because it sought to provide some desperately needed context to a generation of gay men who had previously not seen their lives reflected or validated in the popular culture.

Johnson has now adapted that book for the stage as a solo performance piece for himself, directed by Daniel Alexander Jones and sponsored by About Face Theatre and Columbia College. Using a dozen or so characters from the book, Johnson has intercut and woven these voices in and around various subjects that include love, sex, death, faith, family, the church and HIV/AIDS. Johnson has a naturally warm presence that is sure to put even the most prim and proper church lady at ease, a good thing when Johnson—as his characters—begins talking about gagging on large penises, or being sodomized by a track team at Southern Methodist University. For the most part, however, the evening is of a conversational and not confrontational kind, with Johnson establishing and maintaining an intimacy with his audience throughout, as well as offering the occasional recipe for (or riff on) the South’s favorite sweet drink (“diabetes in a glass”). Grant Sabin’s amazing set design featuring an enormous tree trunk and thick branches offers as much gravitas as any of the evening’s stories or characters.

And yet. For such a controversial subject within the black community, it’s amazing how vanilla the evening ends up being. True, there are some devastating stories and a few tough passages, but overall the evening lacks bite, and is predicated on the idea that airing these tough issues is better than nothing at all. I completely get that Fundamentalist-based “because the Bible tells me so” homophobia in the South is a very real issue. I also understand how important faith and church is to some gay men. What I don’t understand from the voices presented here is how those two contradictory ideas are reconciled. Or can it be reconciled, without that necessitating a Southern black man’s subjugation of his homosexuality to gain acceptance from his pastor and congregation?  Can Southern black men combat homophobia from within these churches, and if so what’s the action plan?

What’s missing from the evening is Johnson’s point of view. Indeed, the moment he integrated himself into the performance piece he gave up the safe position of curator and observer and created an expectation that as a scholar he would distill all the other voices around him and shape a message which audiences—not to mention Southern gay black men—could take away from the evening. Maybe this message is to be found in Johnson’s book. On stage, Johnson the academic has disappointingly failed to become Johnson the activist. (Fabrizio O. Almeida)