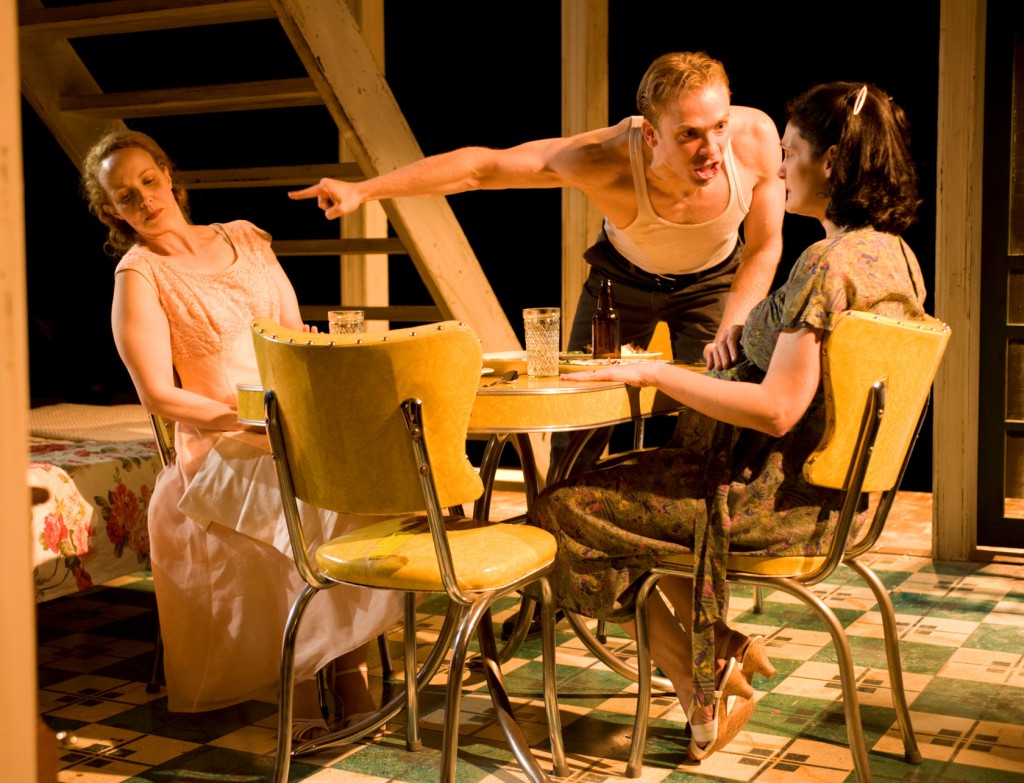 Even though director David Cromer is taking New York by storm, he has thankfully not forgotten his way home.  His Writers’ Theatre production of Tennessee Williams’ “A Streetcar Named Desire” is one of the most anticipated shows of the season. As we have come to expect with a Cromer play in his native Chicago, the theater space itself has been torn up and transformed in such a radical way that you completely enter into the cramped space of the Kowalski New Orleans flat before one line of dialogue is uttered.

Cromer’s symbol for the play is the bed, and is the first thing that you see as you enter the space, and you practically have to walk over it to get to the section of seats running parallel to it. (There are also seats surrounding both sides of the kitchen and a “neutral” block of seats straggling both.) The audience is configured in such a way that no matter where you are, there are moments in the play where the characters will be virtually right in your face, or in another part of the house where they may be almost unseen. Thus, if you are sitting in the bedroom, for instance, you sometimes miss some of what is going on in the kitchen, and vice-versa. This could be perceived as a weakness, and yet it proves quite effective in demanding closer audience attention, of having to listen more carefully one moment, and cover your ears the next, just as in real life.

With her pulled-back hair and delicate features, Natasha Lowe’s Blanche DuBois is physically reminiscent of Jessica Tandy’s original portrayal. This is not an overtly sensual and over-sexed Blanche, as is often played, but a distant and dainty Blanche who has been so pampered her whole life for even life’s smallest details that she simply expects the world to cater to her every whim. Along the way, this Blanche has learned how to charm men by playing up the debutante to a destructive level. When she cracks, it is not nearly so much a stretch for Lowe’s version of the character, a fascinating take that is well supported in the text.

As for Stanley Kowalski, thanks to Marlon Brando, he will forever be a lovable buffoon, but here again, the text is another matter. Stanley may be attractive to his wife, but Blanche—and by extension, we—should see him as “a survivor from the Stone Age.” Short of picking his nose and scratching his crotch, Matt Hawkins gives the role his primal all. His screaming at Stella and his conniving against Blanche come off as genuinely chilling in this production while never sacrificing those equally unsettling scenes of utter helplessness. It is all consistent in Hawkins’ portrayal: Stanley is little-boy emotion but with a man’s hormones and appetites. 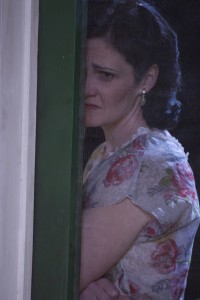 As for Stella, in Cromer’s view, she is the battleground of this play, the glue that holds everything together as Stanley and Blanche fight for her soul, as it were. Stacy Stoltz’s Stella tries to be empathetic to her sister and the old world that she left behind, while still defending her husband and being most fulfilled—and turned on—by being needed by him.

It is a dark world, made all the darker by Cromer’s decision to be quite literal not only in his portrayal of Stanley and Stella’s animalistic sex life (they copulate on the bed for an entire alternate scene playing out in the kitchen) but also in casual images of Blanche’s dead husband which haunt her mind: both his sensitivity as he might view her current predicament and of course, the homosexual act that Blanche caught him in with his lover which is shown here quite graphically.  (Dennis Polkow)