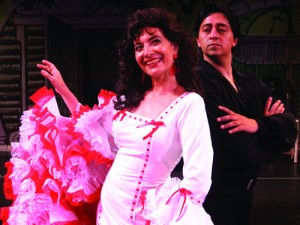 Even if you’ve never heard of Ernesto Lecuona, you doubtless have heard his music. Known as the “Cuban Gershwin,” Lecuona was the original Latin crossover king and a true Renaissance man as a composer, arranger, pianist and band leader who wrote tons of hit songs for movies and stage works that are infectious both for their rhythmic vitality and his golden gift for melody. (His title song for “Always in my Heart” was nominated for an Oscar but lost to Irving Berlin’s “White Christmas” and his “Malagueña” is as known as much as a pop song as it is in classical circles for Lecuona’s own virtuoso piano version.)

In addition, Lecuona wrote “serious” music as well, a battery of important piano pieces, concertos, symphonic works and, of course, was a master of zarzuela, or Spanish-language operetta that is light musical theater with plenty of comedy, dancing and singing which still thrives in Spanish-speaking countries.

Amazingly, Lecuona’s best-known zarzuela, his 1930 “Maria la O,” a staple of the repertoire which has been made into several film versions, got its belated English-language Chicago premiere last weekend courtesy of Chamber Opera Chicago. COC artistic director and mezzo soprano Barbara Landis cast herself in the lead, but spent several years singing zarzuela as a member of the Opera Factory, an area company which made a specialty of presenting zarzuelas with the songs and arias in Spanish but with the action translated into English to a bilingual audience. Since COC’s diction, especially in the choral scenes, was often unclear and the company had surtitles for all of the music in any case, you have to wonder if that same strategy would not have been a better choice for “Maria la O.” 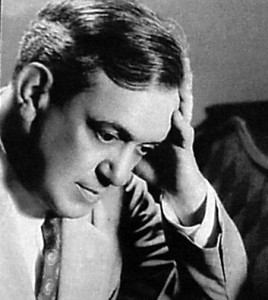 Dealing with old Cuba’s racial prejudices and class distinctions, the story concerns a mulatto woman who is rebuffed by her society lover when it is clear that he is to lose his social status for his involvement with her. In the original, Maria la O plots to kill him in revenge but loves him so deeply that she steps in and takes the knife, intended for him, from her own jealous boyfriend out to avenge her, with the declaration that she is pregnant as she is dying. For reasons entirely unclear and ineffective, in this adaptation, Maria la O instead uses her own knife, first on the lover who jilted her, then on herself, perhaps in a misguided attempt to evoke a more traditional opera-like ending.

In the original, Maria la O plots murder but is redeemed by an act of self-sacrifice that proved that love raised her from her social status: she was not and never was what “they” said she was. In this adaptation, however, her love appears genuine early on but at the last, we learn she is, after all, merely the carnal creature her detractors have made her out to be.

But no matter. The Afro-Cuban music is so upbeat, so tuneful, so swaggering and the cast so committed to the material that this is the most fun evening at the opera imaginable. Nearly stealing the show is bass-baritone Ricardo Herrera as José Inocente, but soprano Michelle Areyzaga as Tula also brings immense beauty to her vocalizations. In addition to a large chorus and character actors representing the black Cuban community—and yes, even letting out an occasional ‘n’ word, be forewarned, though only used affectionately of themselves—there are also high-energy dance numbers including breakdancing and Cuban folk dances courtesy of Ensemble Español Spanish Dance Theater.

But the real star, apart from the score itself, is the coup of having Cuban pianist, arranger and conductor Alfredo Munar, who actually collaborated with Lecuona himself and who has restored the original full orchestral version of the score by ear and memory, in the pit. (Dennis Polkow)