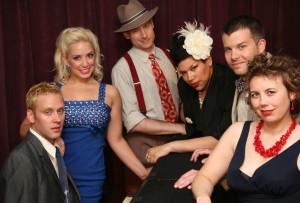 The story goes that songwriter Harold Arlen hailed a Manhattan taxi one rainy day only to have the cab driver serenade him with “Stormy Weather.” “Do you know who wrote that?” Arlen inquired. “Sure, Irving Berlin, ” answered the driver. “Try again.” “Richard Rodgers.” “Nope.” “Cole Porter?” “Actually, I wrote it.” “Who are you?” asked the skeptical driver. “Harold Arlen.” “Harold who?” Despite having composed more than 400 songs including many of the biggest hits of the twentieth century, Arlen has never been a household name. Though he was the songwriter’s songwriter, when “Over the Rainbow” was voted the No. 1 “Song of the Century” by the Recording Industry of America and the National Endowment for the Arts in 2001, Judy Garland’s name was there but Arlen’s name was never mentioned. And yet, had you asked Garland, Sinatra, Ella or virtually any of the singers or songwriters closely associated with the classic American Songbook who their favorite songwriter was, the answer was simply, “Harold.”

Theo Ubique is cleverly seeking to bridge the gap of that disconnect by presenting “Sweet and Hot: The Songs of Harold Arlen,” a revue of nearly forty of Arlen’s more familiar songs where you bask in such a transcendent level of songwriting Nirvana that you need to pinch yourself that all you are hearing came from the mind of a single individual. Six performers of varying talent levels and a high-octane pianist—who even throws in a song himself here and there—take the stage in various combinations, but the best moments are the solo moments: Bethany Thomas’ melancholy and sultry “Stormy Weather” followed by the unbridled optimism of Stephanie Herman’s “When the Sun Comes Out,” Eric Lindahl’s “Buds Won’t Bud” and Sarah Hayes’ bluesy rendition of “I Had Myself a True Love,” where you can literally hear a pin drop. Unfortunately, some of the arrangements tend to be far too self-conscious and sometimes detract from the songs themselves in the worst ways, such as cross-fertilizing “One For My Baby (And One More For the Road)” with “Ac-cent-tchu-ate the Positive (Mr. In-Between)” verse by verse to negate the emotional impact of both. 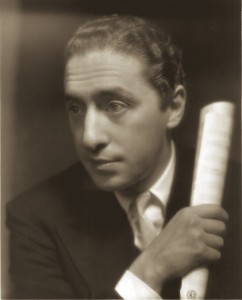 It is also a pity that some of Arlen’s best work is kept to the end for a finale medley where you only hear mere snippets and verses, often with bouncing singers and distractingly jarring key changes of the Steve and Eydie variety. All of these songs would have been so much better served heard complete as is and sprinkled throughout the evening as the true gems that they are. Likewise, “The Man That Got Away,” which Arlen wrote for an intimate club scene in “A Star is Born,” is ironically squandered here by being overshot for the cozy environment of the space. And yet, the material itself is all so first-class that these are mere quibbles, for sure. (Dennis Polkow)