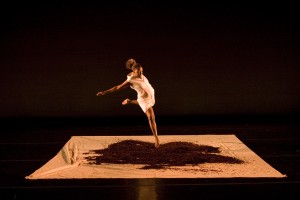 I have an artist friend who, like most professional artists, teaches part-time to make rent, put bread and beer on the table and fund his projects. Unlike (hopefully) most working artists, his attitude toward teaching is downright dour. Of the those-who-can’t camp, he would far rather spend his classroom and preparatory hours on his craft than struggling to make an endless stream of gum-snapping 18-year-olds pause their texting, get interested and, most daunting of all, think.

The perspective is to me, the child of oft-frustrated small-college professors, the girlfriend of one teacher, friend to a dozen more and a former/occasional teacher myself, as understandable as it is offensive. Educators, the good ones anyway, are the world’s great communicators—as I would argue are the most skillful and successful artists. Moreover, teachers trade professionally in ideas, in analytics, in aesthetics, cultivating in their students the critical faculties to question what’s before them and the plasticity to appreciate new and challenging ideas. In short, they create good audiences: pure gold to the working artist.

For a strong example of an entity that both supports artists and educates the community at large, take a look at the Dance Center of Columbia College. Celebrating ten years in the South Loop, the Dance Center is hosting—as it did ten years ago—a day of free performances, workshops and installations. This Saturday, from 10am to 11pm, anyone can wander in off the street and take a free yoga class or master class or learn the basics of flamenco or Feldenkrais method or the choreography from “Thriller.” One studio is dedicated to student and alumni presentation, the blackbox theater to matinee performances and family dance workshops. The day concludes with performances by Chicago Dancemakers Forum Lab Artists—recipients of CDF grants who you really should see if you somehow haven’t yet: Julia Rhoads, Jan Bartoszek, Julia Rae Antonick and Jonathan Meyer, Atalee Judy, Lane Alexander and many more, including the founder of the Dance Center, Shirley Mordine.

In 1969, Shirley Mordine established the Dance Center in Uptown as the center of ops for the dance department of Columbia College. Five years later, the public-programming element was added, bringing local, national and international artists to the stage and the classroom. The Dance Center lived in the refurbished old theater in Uptown until 2000, when it moved to a roomier building in the South Loop. To announce the change of space, a free open house entitled 1306 (South Michigan, the address) was held for the public. 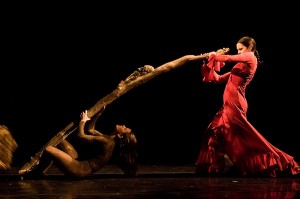 “The intention is a little bit different this time,” says Phil Reynolds, then and now the executive director of the Dance Center. “Thousands of people have been in here, there have been gobs of performances, so it’s less about come see this sparkling new facility as it is let’s do a reprise of this event, make it free to the public, work with some of the same artists and other artists that have been involved in our success—and we’ve had a lot of success.”

Successes include presenting world-class companies in a rather intimate space, like last year’s performance by the Merce Cunningham Dance Company, and continually creating opportunities for audience education and feedback, not only with the now-annual A.W.A.R.D. Show!, in which audiences vote for an artist to receive grant moneys to support the creation of new work, but with regular Q-and-A sessions following each performance. The Dance Center also hosts absurdly affordable master classes with each visiting company throughout the season, open to Columbia students and the entire dance community.

Margi Cole, artistic director of the Dance COLEctive and adjunct faculty at the Dance Center, is one of several CDF Lab Artists presenting in the evening program who performed in the first 1306. I asked her feelings about revisiting the theme.

The Dance Center’s success in helping to nurture Chicago’s dance community is tied into its educational mission—informing audiences and training the next generation of artists. It goes to show that those who can, inspire.