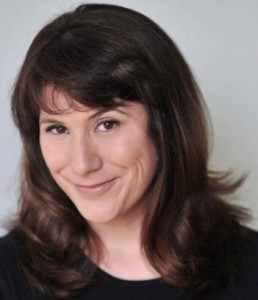 Angie McMahon can finally breathe again. Chicago’s satellite Rally to Restore Sanity and/or Fear had its day, and now McMahon will have her own. In a sense, she will still be working, but this time in her comfort zone, on the stage, where she will be producing and starring in—a baby shower.

“It was my idea to have one last hurrah,” says McMahon of her baby shower special this coming Sunday. “It will be the first time since I was five that I’ll be off the stage that long.”

After McMahon talks “all things considered”—the rally, directing and producing, her first daughter and her forthcoming second child, the ladies at Chemically Imbalanced Comedy will perform improvisational sketches based on her candid stories. Sketch-comedy group Slightly Altered will open for the resident artists.

After the duress of producing the rally, McMahon is taking caution with having her second daughter but is not necessarily thrilled about the hiatus. “It’s the nature of being a performer. I’m slightly nervous about taking such a long break from the stage. After four or five months away, it’s like starting over again.” (Kristine Sherred)