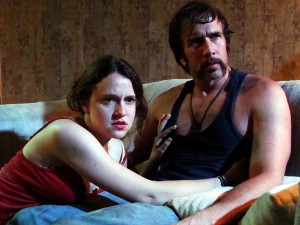 In some ways it’s a spiritual successor to Profiles’ earlier production, the long–running “Killer Joe.” A family of so-called white-trash denizens resort to drastic measures in order to break out of the beer and sweat-stained excuses for lives they never asked for but never cared much to take responsibility for either. At the center of this one, Demi Williams, a 19-year-old mother, dreams of making it big by winning “American Idol.” It’s just that the father of her child is a crazy stalker, she hates her boyfriend and is in love with her older brother, erstwhile jailbird Cassius. The Williams siblings, of differing intelligence levels, will stop at nothing and consider every questionable option to kick and scream their way to a better life. When I say scream, I mean it, and I take pity on the actors’ vocal cords. Director Joe Jahraus makes this a worthy production by finding nuance in Will Kern’s chaotic script. (Neal Ryan Shaw)