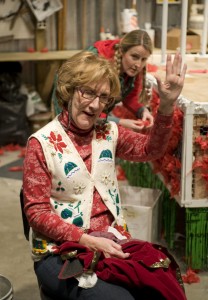 Small-town life may be small, but it’s rarely simple; that’s what they discover in Budapest (pronounced boo-DA-pest), Illinois as the members of the local women’s club decorate their float for the town holiday parade.

It’s a motley crew. Doodee (Wendy Robie) is the town doer; she’s the first to help, but the first to judge. Char (Rengin Altay) is a divorced real estate agent in need of a change; Arletta (Peggy Roeder) is the small-minded busybody, and Luce (Amy Matheny) and Marty (Adrianne Cury) are two women attempting to take their attraction to the next level.