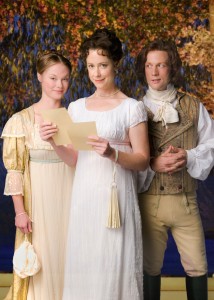 When Gary Griffin was hired as associate artistic director at Chicago Shakespeare Theater a decade ago, it was principally to expand the company’s programming beyond the classics. Griffin has done exactly that by directing widely acclaimed productions of Stephen Sondheim, Noel Coward and Peter Shaffer at CST, among others.

And though Griffin has done a number of “Shakespeare Shorts,” as the company calls its one-hour adaptations, it was only a matter of time before the veteran director who is primarily associated with directing musicals—including “The Music Man” at Marriott Theatre through January 9, and more recently, operettas at Lyric Opera, including “The Mikado” which is running through January 21—would at some point tackle a full-boat Bard.

“One of the reasons that I wanted to work here is because it was an opportunity to explore an area of theater that I hadn’t worked in,” admits Griffin, during a break at a New Year’s weekend tech rehearsal at Chicago Shakespeare Theater. “I had never done Shakespeare and as you get older, the classics become more and more appealing. It was unknown territory, and that was exciting. That was a big appeal.”

Griffin admits that being part of the CST has meant that his forays into Shakespeare “both by experience and by osmosis get inside of you. It certainly has been a great experience to spend this much time and watch a lot of people tackle [Shakespeare in] a lot of different ways. Then you discover what your version is, or what at least, at this point, you hope it will be.”

Still, Griffin knew that the choice of the “first” full-length Shakespeare that he would direct was important. “Because this was the first one, it needed to be [a play] that I was particularly passionate about and felt challenged by. After sifting through some, [company founder and artistic director] Barbara Gaines and I both came to the same show, which was great, and the perfect choice.”

The play that they both agreed upon was “As You Like It.” “I love that it’s a play about identity and love and pain,” says Griffin. “I find that the ultimate comedy of it is so much about forgiveness, finally. One of the ways that comedy functions is that it forgives our pain, it forgives some of our bad behavior, by showing it to us and letting us laugh at it. That gives us power over it.

“The play is so vast in its universe that I love trying to tackle all of those worlds and create a way into it. Also, the love story is at the center of it and is really powerful. I love Orlando and Rosalind: they were characters that I knew I wanted to spend time with. You spend a lot of time with characters in shows that you direct, so you’d better like them. They’d better fascinate you and challenge you. And hopefully if you care about them, you can translate that to an audience and they will get involved.” 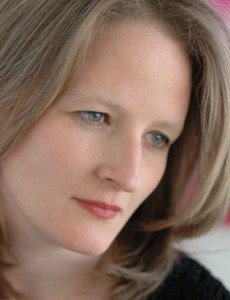 One of the first things that Griffin noticed is that “there are a lot of songs in the piece,” which led him to seek out a composer to set the songs. “It’s funny, I kept saying, ‘We need a Jenny Giering-type score,’ and then finally I thought, ‘What the heck? Let’s call her,’ and she was game. And then you get to that fun place where you get her response to the text and approaches to songs, and then we collaborated on which ways to go with things, not only writing music for the songs, but also how to create a score for the show. Not heavily underscored, because I think that can sometimes be confusing, but where it makes sense in terms of transitions, but also to create a musical landscape that reflects the forest musically that builds to a vital musical event, which is that final dance.”

“The first thing that I really heard was the dance at the end, the wedding dance,” says Giering. “Then, after that, the music really spun out of the words, for me. My lens is musical theater: that’s what I do. It always comes from the text. I really use the lyrics to jump off and write the rest of the music.”

One of the things that Griffin and Giering both came to was that her music took the perspective of Rosalind, so that became, as Griffin calls it, “the soul of the show. Her soul gives it musicality, and we built from there. But how do we present that? Finally, we came to, let’s put her at a piano and have the audience connect to that sound and her early on.”

“I set the first five songs of the show,” says Giering, “one of which was cut from the production, which is the foresters’ scene where they bring on the dead deer, which is usually cut. Even before I wrote the songs, I went through the play and came up with twenty-four places where I heard music, just reading the text. In the rehearsal room, we came up with other transitional places where we wanted music. After writing those first five songs—places where there was a lyric in the text—I used that as the basis to spin out the rest of the incidental music.”

Did Giering, whose work up to this point has been associated with musical theater, find setting Shakespeare daunting?

“Shakespeare is a really incredible lyricist,” says Giering, “and I had a great time digging deeper. The songs are really small in the show—especially the page’s song that happens right before the wedding scene at the end where in the text, he gives the key to the whole show in that tiny little song. So, in that way, it was really, really rewarding, to set to music what Shakespeare thought was the ‘lesson’ of the play, and to heighten it in a way that people will ‘get it.’ And Gary’s staging is just incredible, especially the way that the music works with that scene.”