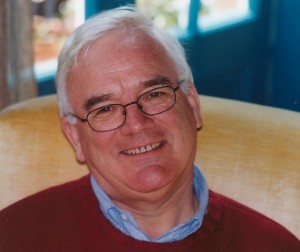 Brian Dickie, who has been a major force in Chicago performance culture since taking the helm at COT back in 1999, is announcing his plan to return to London in 2012. Here’s the press release:

Chicago Opera Theater in August of 2012.

CHICAGO, IL (January 13, 2011) – General Director Brian Dickie announced that he will step down as General Director of Chicago Opera Theater at the expiration of his contract in August of 2012, and will return home to London with his family.

2012 will mark Brian’s 50th year in opera management and administration.

Brian Dickie came to Chicago Opera Theater in the summer of 1999 and has brought the company to national and international recognition and acclaim.

Among his ongoing commitments, he will continue as Chairman of the International Jury for Preselections for the Bertelsmann Foundation’s biennial Neue Stimmen Competition.

“It is with great sadness that I am leaving this great city and this great company.  But Nell and I and our daughter, Beatrice, are looking forward to going home to London to be closer to our families,” said Brian.  “I have no plans to retire and hope to continue to contribute to the opera community for many years to come.

“When I came here, I sought to provide Chicago with a broader range of works, including operas by such masters as Britten, Monteverdi, and Handel, as well as classics presented in a unique and contemporary way.  I did not want to duplicate what our great friends at the Lyric were doing, but to give Chicagoans three more titles every season to expand their experience of operatic repertoire, and to provide additional opportunities for innovative approaches to production.  This I believe we have done.


“So I am immensely proud of the work COT has produced these past 12 years, and I have had a wonderful board and staff to support these efforts. Most importantly, I was lucky enough to have an adventuresome group of donors and ticket buyers who championed our cause!  I will miss this city deeply.”

Chicago Opera Theater Board President, Gregory O’Leary, is chairing a search committee that will begin their work immediately.

Henry Fogel, Dean of the Chicago College of Performing Arts at Roosevelt University and a Chicago Opera Theater Board Member, said “Brian Dickie has raised the level of Chicago Opera Theater to the point where Chicago now has two opera companies that perform at a high international level. His ear for discovering young singers is unparalleled and the standard of production has been extraordinary under his leadership. His contribution to the music scene of Chicago will be his eternal gift to the City.”

During Brian’s tenure he has produced 20 Chicago premieres including such favorites as Orfeo, Death in Venice, and Nixon in China. In 2011 he will mark his 21st and 22nd Chicago premieres with the Midwest premiere of Tod Machover’s Death and the Powers and a new production of Charpentier’s Medea.

Brian was also a key facilitator in Chicago Opera Theater’s move to Chicago’s Loop as a founding company of the HarrisTheater for Music and Dance in Millennium Park in 2004.

Brian’s first season with COT in 2000 was met with such acclaim that he was honored by the Chicago Tribune as a “Chicagoan of the Year”- the paper declared that Brian “clearly recognized the organization’s growth potential amid an increasingly sophisticated Chicago arts scene.” This honor was repeated in 2002.

In 2010, he was named by New City Chicago as one of “The Players—50 people who really perform for Chicago.”   Also in 2010, he received the Annual Cultural Award from the University Club of Chicago.

Brian Dickie began his opera career when he joined the Glyndebourne Festival Opera in 1962. He was Artistic Director of the Wexford Festival from 1967 to 1973, and simultaneously the first Administrator of Glyndebourne Touring Opera where for many years a high proportion of the leading British singers began their careers. In 1981 he became General Administrator of Glyndebourne Festival Opera, a post he held until 1988. Brian held the post of General Director of the Canadian Opera Company from 1989 to 1993 and from 1994 to 1997 was Artistic Adviser to the Opéra de Nice. He was Adviser to the International Youth Foundation during the formation of the European Union Opera, where he later served as General Director in 1997.

Brian currently sits on the board of Opera America and the Chicago College of Performing Arts.