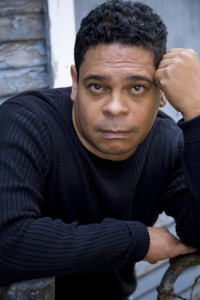 41 Eddie Torres
Executive artistic director, Teatro Vista
The Chicago sensation that was Kristoffer Diaz’s “The Elaborate Entrance of Chad Deity” marked a huge moment for director Torres, whose production moved more or less intact to Off-Broadway last year. The Teatro Vista co-founder subsequently didn’t lose any steam, directing “Shaquille O’Neal and Christian Laettner Discuss…” by Kristoffer Diaz for ATC’s Silver Project and appearing in the Teatro Vista/Rivendell Theatre coproduction of “26 Miles.” His Teatro Vista, celebrating its twenty-first year, is Chicago’s largest Latino Equity theater, and its growing prominence is one of the reasons Diaz joined the ensemble after “Deity” blew up, joining the equally soaring Tanya Saracho as the company’s resident playwrights.

42 Chris Jones
Critic, Chicago Tribune
The newspaper business sure ain’t what it used to be, but Chris Jones (who once worked at Newcity) is doing his part to keep his publication worthwhile. Not only does he review about five local shows a week, he also sneaks off to Broadway to keep Chicagoans apprised of doings on the Great White Way and, in his spare time, reports theater news tirelessly, making his blog the go-to destination for updates on the local scene. But where Jones really makes his mark is in championing shows from smaller or emerging theaters, like “Graceland” at Profiles or “Harper Regan” at Steep Theatre. When he does, shows sell out their tiny theaters, extend their runs and, at least for a while, have a chance to contemplate moving up to a new level of operation. 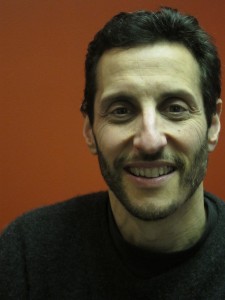 43 Peter Handler
Program director, Richard H. Driehaus Foundation
Like it or not, money matters at all levels of the arts, more than ever in recessionary times. But never can a helping hand from an esteemed foundation matter more than to a fledgling theater or dance company. Not only does it potentially keep the proverbial lights on, but the credential it implies opens other doors to donors like a seal of approval. Ask around a bit and Peter Handler’s name comes up repeatedly, for he administers a grant program specifically targeted to smaller entities. As one said, they gave us “our first grant even before we officially received our 501(c)(3). They help many young companies get legit by giving them their first.” And as a produced playwright himself, Handler brings a special level of empathy to his work. 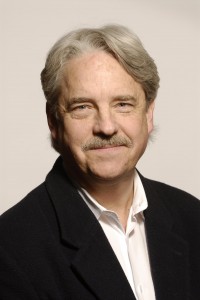 44 Timothy J. Evans
Executive director, Northlight Theatre, and producer, Steppenwolf Films
After a two-decade career at Steppenwolf, Tim Evans took on the executive director role at Northlight in Skokie, where he’s been reshaping the theater’s management and strategic plan. Evans founded Steppenwolf Films, a spin-off project of the theater company to develop film and television projects, and remains a partner with Gary Sinise, Terry Kinney and Jeff Perry. 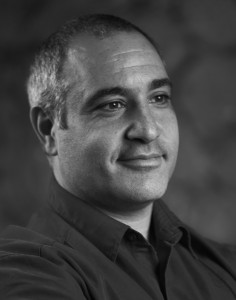 45 Frank Maugeri
Artistic director, Redmoon
Chicago’s masters of creative spectacle, Redmoon are one of those things you want to tell every out-of-towner about, but you can’t find the words to really describe what they do. Mixing elements of puppetry, theater, circus and installation art, they don’t always hit home, but when they do, they awe you. A fifteen-year veteran of Redmoon, Frank Maugeri took the reigns in 2009 when Jim Lasko stepped down to become Chicago’s first-ever “artist-in-residence.” Maugeri conceived and co-directed 2010’s highest-profile event, “The Astronaut’s Birthday,” where they turned the Museum of Contemporary Art’s façade into a giant live comic book. How special is Redmoon? Special enough to perform at the White House in 2009, an honor few theater companies can claim. 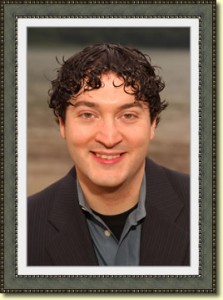 46 PJ Paparelli
Artistic director, American Theater Company
It didn’t look especially promising when, on the verge of this company’s twenty-fifth anniversary, nearly its entire ensemble, including its founders, walked out on the still relatively new-in-the-job PJ Paparelli, citing “major administrative and artistic differences.” But Paparelli managed to hold it together and assembled a compelling and creative twenty-sixth season for what was now, for all practical purposes, his company, including David Mamet’s “Oleanna” and “Speed the Plow” done last fall in repertory, the upcoming world premiere of “The Big Meal” directed by Dexter Bullard and, most notably, the first production in forty years of the original “Grease,” the R-rated, set-in-Chicago version that was buffed and watered down into the ubiquitous movie musical. And that ensemble? They’ve regrouped under their original name, American Blues Theater, and are off to a more-than-promising restart. Who knew? Looks like Chicago theater ends up with two strong theatrical homes instead of one dysfunctional family. 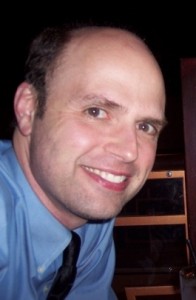 47 Joe Jahraus
Founder and artistic director, Profiles Theatre
Along with associate artistic director Darrell W. Cox, since 1988 Joe Jahraus has been steadily building an exemplar of the storefront theater aesthetic up on the North Side, with a reputation for quality, visceral work and a special relationship with playwright Neil LaBute. The last couple years have seen a pair of outsized and much-extended hits, Ellen Fairey’s “Graceland” in 2009 and, last year, a staging of Tracy Letts’ “Killer Joe” which sold out its run, sold out its extensions and moved to the Chopin Theatre for yet another extension. This year, they’ve solved the challenge of their recent tendency to produce hit shows by opening The Second Stage, which gives them a place to let their winners run.

48 Beau O’Reilly and Jenny Magnus
Founders, Curious Theatre Branch
It’s easy to live on the fringe when you’re in your twenties; it’s something else entirely to keep at it for more than twenty years, which is what Beau O’Reilly and Jenny Magnus have done, through their Curious Theatre Branch and the Rhinoceros Theatre Festival, which they curate and produce. Jacks of all theatrical trades—they act, write, sing, produce, teach—they’ve managed to produce more than a hundred world premieres at Curious, turning their world into Chicago’s one-stop shop for creativity with an edge.

49 Doug Peck
Musical director
If you are a stage director, name or no-name, or a venue, huge or small, who wants to delve into musical theater but are intimidated by the form and want to hire a really nice guy who not only will bend over backwards to teach you everything you need to know in a hurry without humiliating you but also will make his own, gracefully done cost-conscious reductions of the score and even play the piano, sing or conduct—perhaps all three in the same show with a lampshade on his head—you call Doug Peck. 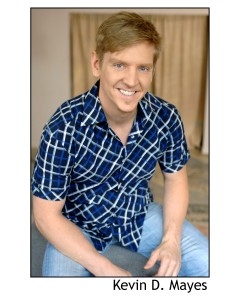 50 Kevin Mayes
Executive director, Bailiwick Chicago
When the long-ailing Bailiwick Repertory finally called it quits in 2009, few expected to ever hear that longstanding name attached to new productions in Chicago. Enter Kevin Mayes, a veteran of Chicago and New York and an active member of the local acting scene with a set of Jeff nominations for Best Actor in a Musical, along with a cohort of theatrical professionals looking for a project (they call themselves “the collective”). Just as Bailiwick Rep was being buried, Bailiwick Chicago was being born. Fine. We’ve seen a few reincarnations of venerable Chicago companies that flounder in the creative wilderness, which is why we were more than pleasantly surprised when Mayes and Co. shot out of the gate with noteworthy productions of “Aida” and, more recently, “The Departure Lounge.” With this kind of track record, it won’t be long before they’re looking for space of their own, maybe somewhere on Belmont? Er, strike that idea please.

Click here to visit The Players 2010, which focused on the artists