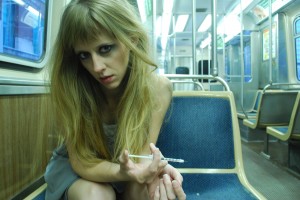 As far as I can tell, last year saw the introduction to Chicago of the work of playwright Young Jean Lee, when her company took a touring production of her raucous play “The Shipment” to the MCA for a successful weekend run. It’s a shame that she hasn’t really been produced locally until now. Red Tape’s double bill of two of Lee’s one-acts bring out the irreverence, incisiveness and unironic jubilance of her writing.

In equal amounts of awkwardness, both plays present seemingly innocuous situations in which performers directly address the audience with at-times-shocking brutality. In “Pullman, WA,” three actors take turns conducting a sort of self-help seminar for emotionally unbalanced, angsty hipsters. In “Church,” a group of ministers preach to the humorlessly religious. Whether or not you belong to either of these groups doesn’t matter, as the mission of both plays is to make you alternately question and believe in the speakers’ moral tales.

As usual, the performer-audience relationship at St. Peter’s is rearranged to suit the show, and in this case that relationship is crucial. Moving from a row of tables with a chalkboard to a church rec room, the audience cannot help but feel completely immersed in the worlds the actors present. After this, Lee’s name ought to start showing up in more Chicago theaters’ seasons. (Neal Ryan Shaw)

We attended the Friday night performance and went away thinking that we had all been fleeced out of our $25 ticket money (Times 4 = $100) I am not offended by vulgarity unless it is vulgarity without purpose. We could not find any meaning, message or theme to these two plays. One might say that it was well acted but poorly written. There are no award winning actors who could redeem this script. It is like “being surrounded by mermaids and having all the little baby mermaid heads pop off and I am stepping on them…” What in the hell… Read more »