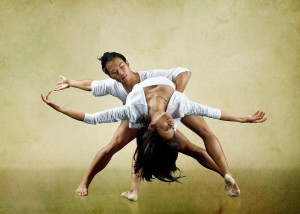 Kids don’t know their family is unlike any other until they leave it. I wasn’t aware that adoption was anything but commonplace until the subject came up casually in first grade; I was suddenly surrounded, for the first time, by a small crowd of gaping 8 year olds who peppered me with questions that seemed either obvious or unimportant. (And though the approach is usually more delicate, I get most of the same questions from my adult peers: do you know who your “real” parents are? Have you ever wanted to find them?) One minute you’re you, flipping through storybooks and building snow forts in the front yard, and the next you’re in the position of explaining things about yourself of which you never gave a moment’s thought.

It is with thoughtfulness that Robert Moses addresses the complications our world imposes on nontraditional families (and, if you look closely enough, isn’t that most of them?) in his piece “The Cinderella Principle: try these on, see if they fit.” Moses collaborated with playwright Anne Galjour to collect and weave together stories from families that still exist outside the American imagination. Moses staged movement to further explore the emotion in the text, which is read from behind a translucent scrim upstage of the action. You hear from kids who were teased by their classmates and from parents trying to walk the line of tolerating the curiosity of strangers while shielding their children from the often hurtful ignorance of the outside world.

“Most of the stories were friend to friend to friend to friend,” Moses says. “There wasn’t a sociological net cast; it was ‘Oh, your story is different enough from the last story we had.’ None of it is fictional. There’s a portion in there that refers to “my son’s first ‘n*gger’”; that happened to me as I was getting off the train.” 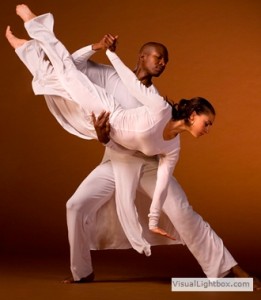 This isn’t to say “The Cinderella Principle” or Moses himself is pessimistic—quite the opposite. He was inspired by a children’s film festival he attended with his family in his home base of San Francisco two years ago. “My wife is white and I’m black, and I thought, hmm…the people I’m seeing on the screen are not representative of who I see in the audience. The people in the audience were intergenerational, interracial couples, same sex parents, single-parent families.

“The piece is about the pressure that people of combined heritage get from one group that might see themselves as homogeneous and another that see themselves as homogeneous and how you navigate that,” Moses continues. “How people come at you with the idea that you should align with them rather than contribute to the world as an individual in a positive way. That’s what I think is changing. You don’t have to select one of those things and negate the rest of who you are. And likewise, how you can choose to not identify with your mom or dad’s heritage. It’s not just about identity, it’s about not needing identity. It’s about being comfortable with yourself.”

Music for the piece came from a tremendously effective collaboration between violinist and composer Todd Reynolds and beat boxer Kid Beyond who perform on stage behind the scrim. Moses has made a great deal of text-driven, theatrical, collaborative work—the two other dancier pieces on the program were from a period of deliberate departure from the interdisciplinary approach—and I ask him about a statement he once made about dance as unifying force. He says, “We all dance in some way, we all want to dance. Even if you don’t want to perform, most people dance. And even if you don’t want to dance most people have an enjoyment of watching people in motion. I think it’s part of the reason why people watch sports; it’s goal-oriented, but it’s a wonderful thing to watch a body move through space. The body in motion is amazing; it’s seductive in a way that gets straight to your heart. There’s something about it that’s pure. It doesn’t lie. Even the extraordinarily trained body can’t lie. You can only do what you can do; the truth comes out.”