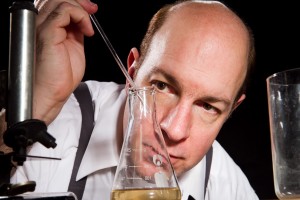 This production of Ibsen’s classic tale made me nostalgic. Ah, for the days when people fervently cared about the environment and civic pride. When print journalism could still affect public opinion.

In Arthur Miller’s adaptation set in small-town, 1950s Norway, Dr. Stockmann (William J. Watt) discovers that his town’s newly profitable natural springs are polluted by a local tannery. He submits his results to the town’s mayor, his uber-pragmatic brother Peter (Cory Krebsbach) who attempts to ruin his brother and his family in response.

The script still holds up. Ibsen crafted in shades of gray, laying out all sides of the argument, showing us a well-balanced look at bravery versus misguided ambition and pride. Watt and Krebsbach give us believable polar points, while Sandy Elias and James Eldrenkamp successfully embody a flawed moral center. What Jason Fleece’s direction occasionally lacks in energy, it makes up in intelligence and mushy principals. (Lisa Buscani)