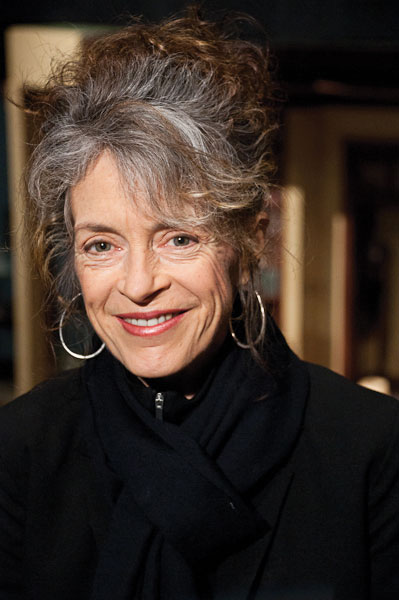 The first thing you notice when you meet Martha Lavey is her hair. She’s a very petite woman, but you realize that later. Her hair is epic, a nest of swirling, curling grays and blacks that give her visage an otherworldliness, a sense of supernatural wisdom, like Mother Earth. Mother Steppenwolf. She’s been artistic director since 1995, far longer than anyone else in that role, and she’s presided over the maturation of the company from a troubled, supremely talented teenager into an institution likely to outlive its founders. She’s one of the most powerful people in Chicago theater, yet she’s as gentle a spirit as you’re likely to meet. One of the powers she wields, or at least holds the secret to, is ensemble membership, the Holy Grail of Chicago theater for many.

There are forty-three ensemble members, many of them dating back to the early days of the company. Since Steppenwolf’s formal inception in 1975, the cumulative total, including those (rarely) lost to attrition, is forty-eight. Lavey says there’s no formulaic way in choosing ensemble members, no set number of engagements required. “It’s more that the desire to have an individual in the ensemble is generated out of—this person brings something unique to the ensemble,” she says, “be that a casting niche—age, type, etcetera. Then there’s the feeling of whether this person is a good community member. Do we feel like that person has an ensemble sensibility? And it’s fairly easy to pick up on that.”

And very important. “The Steppenwolf thing is just so magical and generous in vibe,” director Tina Landau says. “It really feels like a family.” A family with a nurturing mother. “I just have such a—I realize it’s not necessarily age-related because I have it with people who are my age-peers in the ensemble—very, really maternal lovey feeling towards them,” Lavey says. 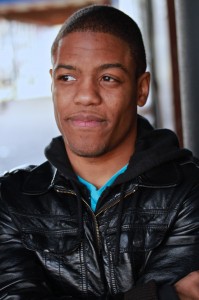 Jon Michael Hill joined the ensemble in one of its three largest single expansions, one of six new members, most younger than normal, four of them African American.

“That was an interesting case because the decision about ensemble expansion has always resided in the founders: Gary Sinise, Jeff Perry, Terry Kinney,” Lavey says. “Not necessarily instigated by them, but it came with their approval. That was one thing that they as founders felt was very important. And so the process leading up to those six ensemble members—a very important brief there was to get younger ensemble members—was a process that I went through with our founders to say, ‘You guys have not been present on the Chicago scene, you’re not going to know them in the same way. What should the learning curve be? How can I help you get to know them better?’ And I enlisted our artistic associates, Anna Shapiro, Tracy Letts and Amy Morton, because they’re present on the ground a lot. Who do we want? Who makes sense to you? We all had obvious preferences and choices and then we presented those to Gary, Jeff and Terry.

“What they want to hear is our argument from the people whom they trust, they want to hear the reasoning. Why? Why is that person important? And to me it’s more than a courtesy. Gary, Jeff and Terry, as long as I’ve been here, the combination of those guys grows more impressive to me. Because the balance that they produce in each other, or collectively that’s produced from their being together—because they’re all strong personalities—is kind of remarkable. Even the fact that it was a triumvirate with that three-legged structure being more stable than had it been a duo. But they have a lot of wisdom.”

So Hill was in the right place at the right time. He was young, crazy young, at a time when Steppenwolf was looking for young blood. Of course it was a leap of faith: Hill was still in college and had done one production with Steppenwolf. But I can easily think of a half dozen other very young, very promising Chicago actors who are not ensemble members.

“He’s definitely had it from day one.” Landau says. “By that I mean—I don’t even know what ‘it’ is, but he was special enough to get the attention of Anna Shapiro and Martha immediately inviting him to the ensemble, I mean that never happens, someone that age. I think the sense was, let’s pick him and grab him because it’s clear. I had the same response to Jon, it was like magic the second I saw him.”