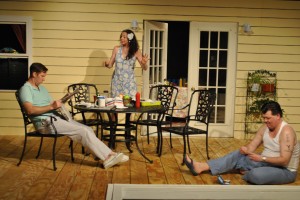 It’s been thirty years since AIDS was first mentioned in the media. And while the AIDS-related bigotry detailed in Terrence McNally‘s 1991 script seems almost quaint today, the rest of the piece’s themes continue to stand the test of time: adultery, mortality and the biggie—the waxing, waning nature of love.