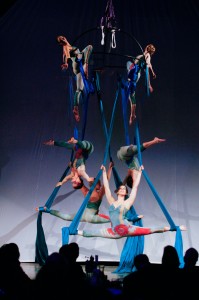 Few production managers work harder than the one in charge of the Chicago Fringe Festival. The festival is nothing if not ambitious—with 200 shows to schedule in five venues over two weekends, Executive Director Sarah Mikayla Brown and the staff face an incredible challenge. They are better prepared to face the challenge this year, though, as they embark on their second annual festival. “Last year was all about getting off the ground,” says Tim Mullaney, Director of Development, “and this year is maintaining it and starting to put the pieces together.”

The major difference the second-time attendee will notice this year is the fact that the festival has extended to two weekends. Last year, it was difficult to bring audiences in for the weekday afternoon shows, but expanding to a two-week run allows shows to only perform in the evenings on workdays. “This year we had the luxury of spreading it out and leaving a little more room,” Brown says.

To make things easier for their audience, they have developed an iPhone app to provide the lineup, tickets, directions to the different venues and special offers to users. Attendees will also be able to take advantage of this year’s improved Fringe Central, a gathering place for artists and audience members. “Last year our Fringe Central space was really cool but kind of distant from our venues, so we thought it was difficult to gather there,” Mullaney says. They decided this year to make it truly the epicenter of the festival. At Fringe Central, audience members can talk to artists, purchase tickets, play Wii, have a drink and choose meals from a menu made especially for the festival. “It’s a pop-up community,” says Brown. 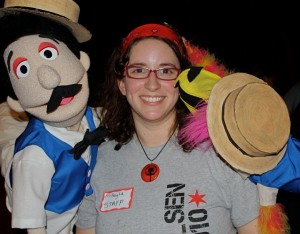 As with the majority of similar festivals held in other cities, most shows for Fringe are selected by lottery. Mullaney and Brown see using a lottery as a simple way to ensure diversity in their acts. They do make an effort to balance acts by minorities, those with disabilities, or underrepresented age groups through a separate lottery, but with those few exceptions all acts are chosen first-come, first-served or by chance. Brown admits that the lottery system is not for every festival, but thinks it is valuable for Chicago as it both continues the tradition established by older and larger fringes and allows the festival to be a true cross-section of the theater world.

Fringe may have surprised audiences when it chose Pilsen as its location last year, but it was such a good fit that the festival is remaining in the neighborhood. Mullaney emphasizes the great tradition of public art in Pilsen, from the murals and street artwork to the culinary arts. The diversity of Pilsen greatly appealed as well, a diversity important to the Fringe ethos and one they hoped to reflect in their lineup. They originally discussed moving the festival to a new neighborhood every year, but ultimately decided that at least for this year it was more important to build relationships with the area in which the festival began. Whether they will remain in Pilsen for a third year is unclear, and the staff will assess their long-term goals as the festival develops.

A fringe festival allows a unique opportunity for an audience member to be the judge of the material presented. “Part of the fun of fringe festivals is that sense of discovery,” Brown says, “discovering something you love and sharing it with someone. There’s not a sense of ‘Oh, this was curated, I’m supposed to like this.’ Whether voluntary or involuntary, that level is completely gone. It’s very empowering for people.”

The major challenge the festival will face going forward is building an identity independent of other well-known fringes, like those in Edinburgh and New York. “Fringe as an umbrella is great because it’s a kind of brand everyone in theater recognizes immediately, but in the family of fringe cities, the really successful festivals reflect the identity of the city they’re in,” Mullaney says. “That’s something we’re trying to do here in Chicago.” For the festival, they hope to reflect the Chicago spirit in the diversity of their offerings and its location in neighborhoods that reflect the history of the city. Audience members, particularly those from out of town, will ideally see Chicago and relate what happens at the theater to the overall fringe experience. “We hope to have integration between the theater and the city,” he says.

The Fringe Festival runs September 1-11 in multiple venues in Pilsen. A one-time admission button is $5, and individual show passes are $10. Multiple show passes are discounted. For the lineup, tickets and other information, go to chicagofringe.org.