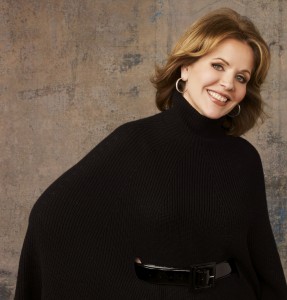 Although billed annually as “Stars of Lyric Opera at Millennium Park, ” there have been some years where the billing has had a noticeable dog star or two. But this year, the first such concert since soprano Renée Fleming was named creative consultant at Lyric Opera, Fleming’s presence as the reigning superstar soprano in the world today boosts up the luminosity factor of this pre-season concert considerably.

Coming as it does on the eve of the tenth anniversary of 9/11—an occasion when Fleming soothed the soul of the nation with the balm of her voice at services at Ground Zero—Fleming offers “You’ll Never Walk Alone” from Rodgers and Hammerstein’s “Carousel” as an opening piece and commemoration of that occasion.

Fleming is also scheduled to sing “O mio babbino caro” from Puccini’s “Gianni Schicchi” and the coloratura “Jewel Song” from Gounod’s “Faust” as well as the Act III duet “Toi! Vous!” with tenor Matthew Polenzani from Massenet’s “Manon.” Given her concert appearance last December when Fleming also sang orchestrated arrangements of rock and pop tunes from her album “Dark Hope,” don’t be surprised if she pulls out a couple of these as encores. 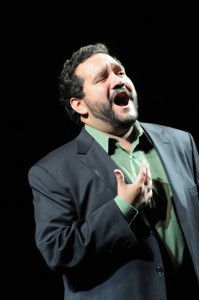 Ryan Center tenor René Barbera—who made headlines in July when he won First Prize at Moscow’s “Operalia” competition—also appears, singing excerpts from Donizetti’s “Lucia di Lammermoor,” which he will also sing in later in the season, and “La fille du regiment.”

Also appearing from the October 1 season-opening Offenbach’s “Tales of Hoffmann” will be tenor Matthew Polenzani, who will portray the title role, bass-baritone James Morris, who will portray the four villains of the piece, mezzo soprano Emily Fons who sings Nicklausse and French conductor Emmanuel Villaume.