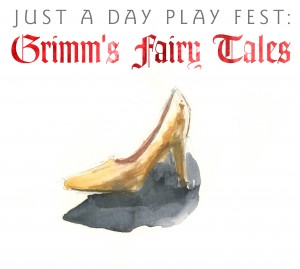 For those unfamiliar with twenty-four hour theater festivals, the idea may seem more than a little crazy: a set number of short new plays are written, directed, memorized, blocked, teched and performed in the space of a single day. For Geopolis Theater, the Just-A-Day Play Fest is the perfect way to kick off their new season and involve local talent in a low-commitment, high-stakes theatrical event.

For each season of shows, Geopolis chooses a particular area of the world to focus on when selecting their plays. Germany, Austria and Switzerland were selected this year, allowing Geopolis to draw on their rich tradition of folk tales. “We wanted to do something that would start the season off with Grimm’s Fairy Tales,” says Kristy Scheuer, Geopolis’ artistic director. “We’re all fascinated by them and their dark nature, and wanted to see these stories in a contemporary setting.”

At 8pm on September 15, playwrights, directors and actors will gather for a meet-and-greet where playwrights will randomly be assigned a fairy tale, a director and number of actors. Writers then have until 6am on Friday to produce a new ten-minute play. The entire group will reconvene at 8:30am for first read-throughs, and then the directors, actors and technicians have until 9pm to put together a complete show. At 10pm, for better or worse and with a healthy dose of sleep deprivation, the shows are performed. (Erin Kelsey)