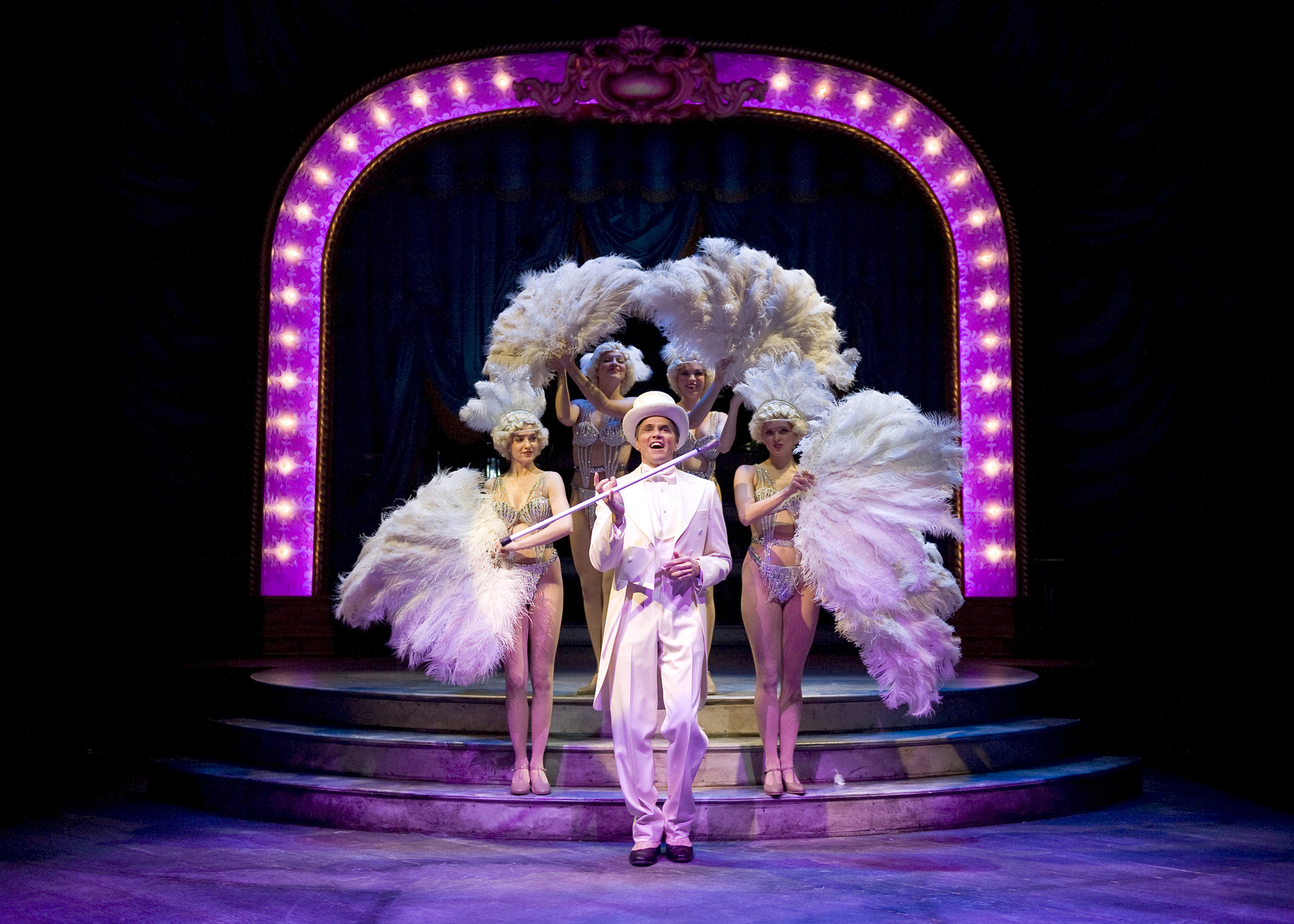 Back in the 1990s when Gary Griffin was artistic director of Drury Lane Oakbrook where he had directed some of his first musicals, he programmed Stephen Sondheim’s “Follies.” Curiously, despite his longtime love for that show, he allowed his associate director to take it. Thus, despite Griffin’s later reputation for directing Sondheim as associate artistic director of Chicago Shakespeare Theater, this much-anticipated production opening CST’s twenty-fifth-anniversary season is actually the first time that Griffin himself has directed “Follies.”

When it first opened in 1971, “Follies” was the most expensive Broadway production up to that time. Some dismissed it as a misguided attempt to resurrect campy vaudeville with lots of big old-time song-and-dance numbers. But on a deeper level, “Follies” also addressed the concerns, fears and anxieties that all of us have as we age and watch our lives take a different turn than we had anticipated at the outset.

Not helping matters was there were two sets of characters needed—young and old—and very elaborate costumes, scenery and production values designed to bring to mind the glitziness of the Ziegfeld era. Griffin has magnificently solved that problem by treating the audience itself as if we are actual participants rather than mere observers of an intimate reunion “party” across the entire CST space, using a live orchestra elegantly attired in black tie as a backdrop. The characters come and go from the audience and are also stylishly dressed from a bygone era. There are champagne bottles and tables of food complete with tablecloths, cast members often watching the “show” right along with the audience which not only serves to effectively break the fourth wall, as it were, but allows for minimal, yet effective, sets and scenery, astutely leaving this largely a visual “Follies” of our own imagining.

Although brass-heavy, the twelve-piece orchestra conducted from a grand piano by Valerie Maze—under the music direction of Brad Haak with orchestral reductions by David Siegel—does provide a surprisingly big sound that stays true to the score. And with a cast that includes Broadway veterans as well as a who’s who of Chicago theater of the three-decade span of time portrayed in the show, the characterizations are heartfelt. You can almost feel the elder cast members looking at the younger incarnations of their characters and indeed thinking how short a time ago it was for them to have been taking youth for granted on stage as well. 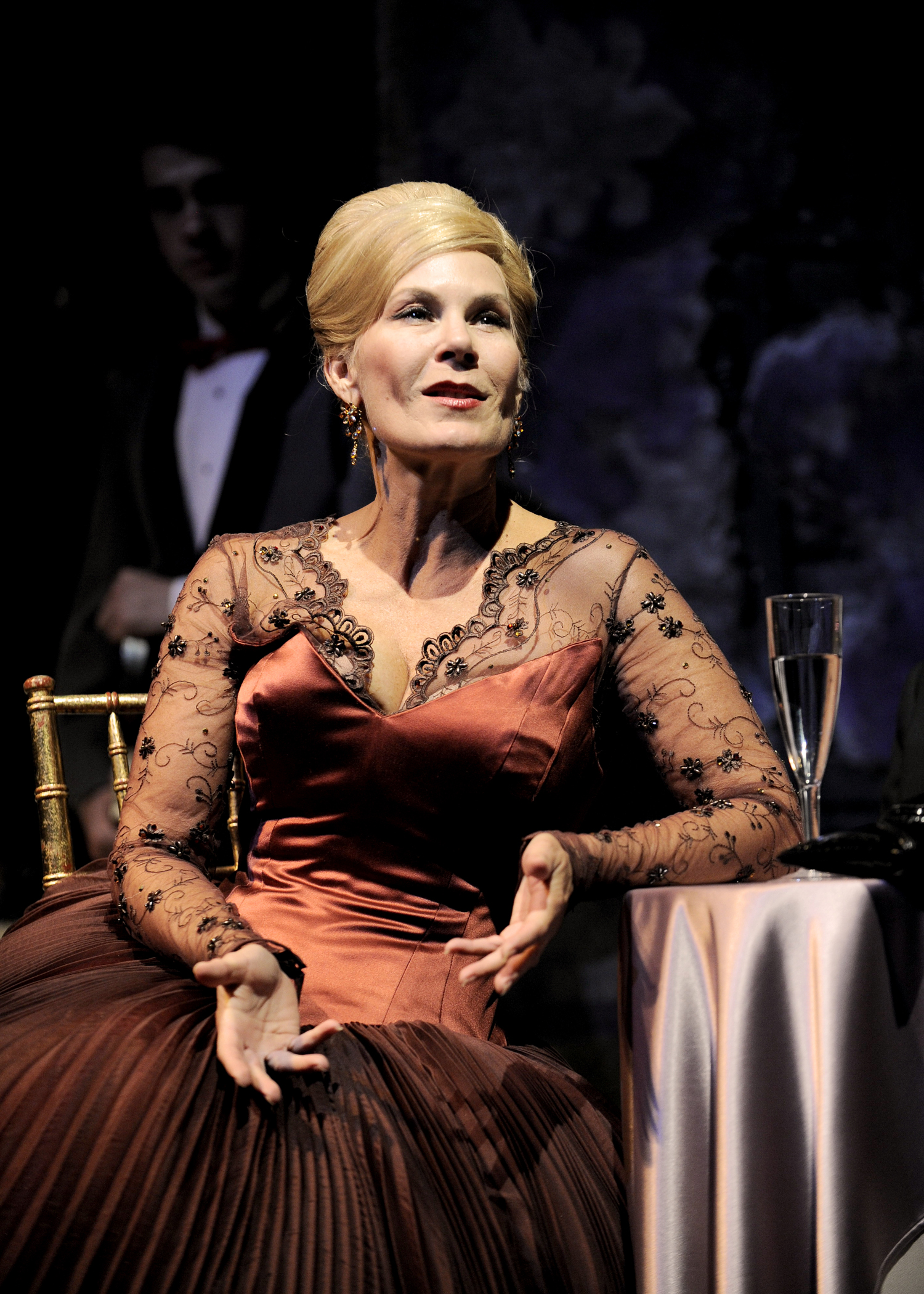 Among the difficulties in mounting “Follies” are various versions and additional songs added over the years. Griffin has gone back to basics in terms of using the original score and an economy of lines as the latest and approved incarnation demands, but he wisely allows the actors to react to one another and their stories to reflect the wider canvas of background details that have been part of earlier and chattier versions of the show.

There are many memorable and literally show-stopping moments in this extraordinary not-to-be-missed production, but special mention must be made of Hollis Resnik’s rendition of “I’m Still Here.” A song that more often than not is allowed to stand primarily on its lyrics is here given a desperate diva’s last extraordinary take-no-prisoners show-business gasp. (Dennis Polkow)