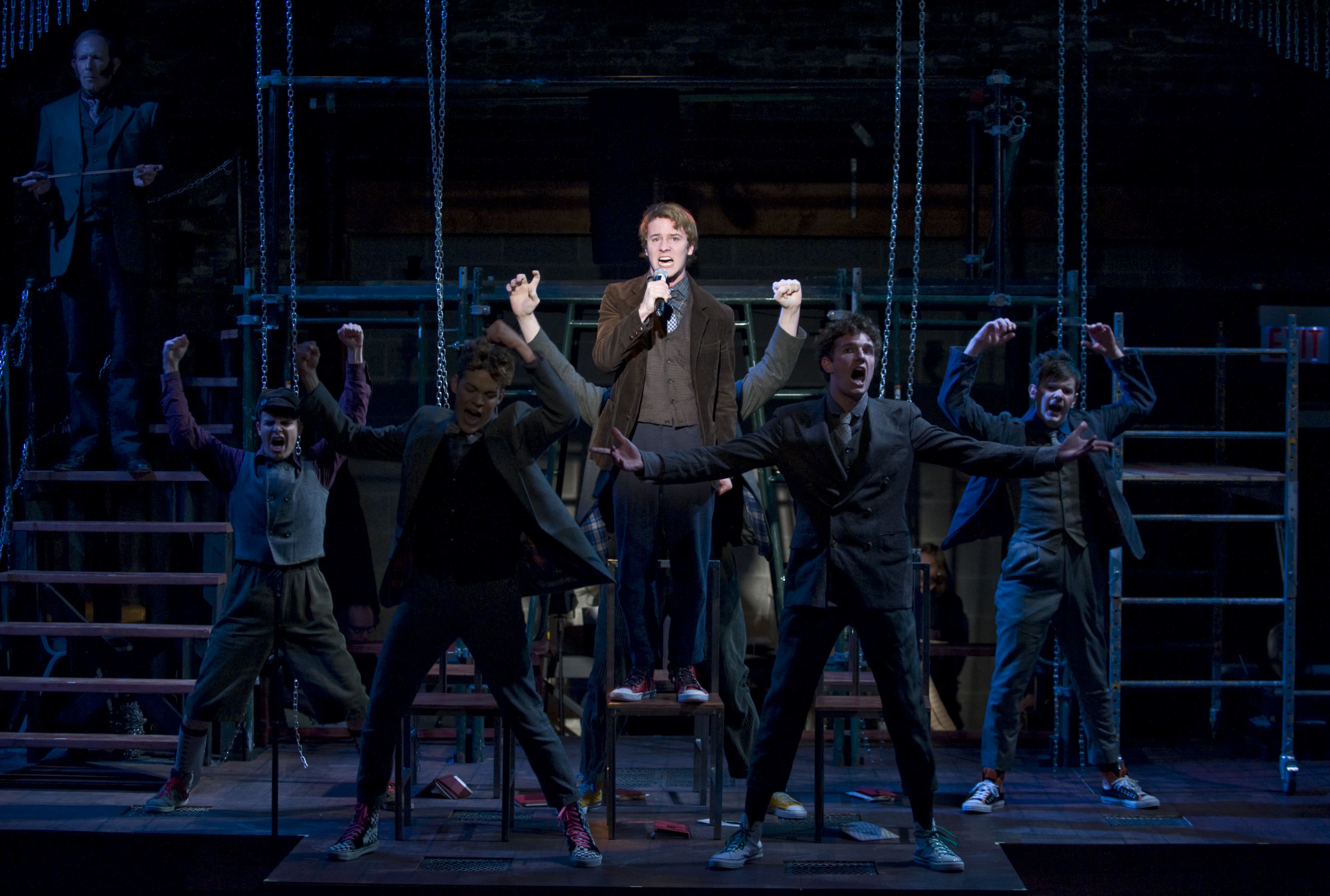 Listen to the “Spring Awakening” lyrics and realize how little things have changed. In our climate of abstinence-only sexual education, this musical version of Frank Wedekind’s scandalous 1906 play chronicling the sexual awakening of repressed German teenagers still packs a bittersweet punch.

Wendla (Aja Wiltshire) flirts with S&M and starts a sexual relationship with Melchior (Josh Salt); Moritz (Matthew Fletcher), distracted by his yearnings, fails at his studies; Martha (Paige Collins) and Ilse (Lindsay Leopold) struggle with abuse at home. It’s a tragedy made achingly bearable by the haunting score.

The piece’s frank, no-holds-barred attitude toward sex in all of its forbidden forms might make some folks squirm, but that’s the point. The ensemble needs to goose the energy and pop the consonants through a few mushy numbers, but the performers capture the longing and painful innocence that runs throughout. It’s a cautionary tale that still teaches a valid lesson. (Lisa Buscani)