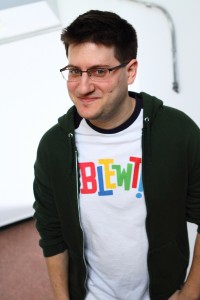 41 Steve Gadlin
Actor
Steve Gadlin and his Blewt! cohorts create some of the funniest, most imaginative projects anywhere, from the “Impress These Apes” show that first brought them to our attention, to his more recent “Nairobi Project” wherein he commissioned an email spammer to create plays for him which he produced. But he’s on the verge of going big-time now: his “Don’t Spit the Water” game show pilot recently aired on television and, later this month on January 27, he’s really breaking out when he appears on ABC Television’s “Shark Tank” to pitch rich investors on his project “I Want to Draw A Cat for You.” Sounds Trump-worthy to us. 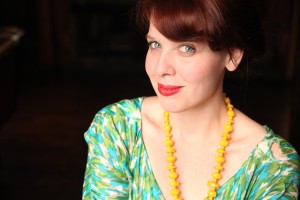 42 Emily Schwartz
Playwright
Emily Schwartz is creating her own world as a playwright, with dark, witty plays that conjure up neo-Victorian and gothic imagery in a wholly contemporary fashion; and as the artistic director of Strange Tree Group, she gets to make sure her fantasies come to life. Or at least fantasy life. This fall, they’re going to bring back her well-received but little seen 2006 play, “Funeral Wedding (The Alvin Play)” which, she promises, is “full of stabbings and ghosts.” 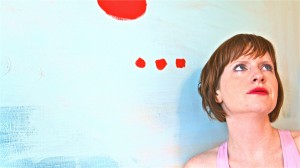 43 Jet Eveleth
Actor
Catch this iO master improviser—appearing weekly in “The Collectibles,” “The Deltones Musical,” “The Armando Diaz Experience” and, most notably, “The Reckoning”—while you can. This latter show’s notching its tenth anniversary and has already sent Mike O’Brien off to write for “Saturday Night Live.” Eveleth’s done a few films already, but her breakout may come in the form of television: she’s just completed the pilot for “You Should Be Famous,” for which she served as co-writer and plays all the major characters. We’ve only seen the trailer, but if it’s any indication, here’s a prediction: Jet Eveleth Will Be Famous. 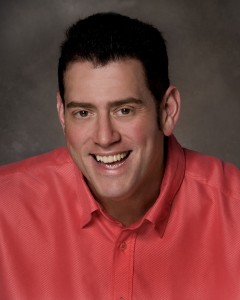 44 Jamil Khoury
Playwright
Jamil Khoury and his partner Malik Gillani founded Silk Road Theatre Project in the wake of 9/11 to focus on Middle Eastern and Asian (“Silk Road”) themes as the hostility toward many of the peoples in and from those regions reached a fever pitch here in the States. They’ve been successful at building the company both fiscally—they were a recipient of the Broadway In Chicago award—and critically—their production of David Henry Hwang’s “Yellow Face” was one of last year’s highlights, and Khoury’s playwriting, from “Precious Stones” to his group-written creation “DNA Trail,” have been a foundational element from day one. However, Khoury and Gillani have come to realize that their audience is much larger than Chicago—it is truly global—and as such, have recently rechristened themselves Silk Road Rising and launched a series of online video plays, written by Khoury and entitled “Mosque Alert.” That they’re seeking a global audience does not mean they’ve forsaken live theater, though. In fact, Khoury’s created and curated “Re-Spiced: A Silk Road Cabaret” that opens in April under the direction of Steve Scott.

45 Rob Milburn and Michael Bodeen
Sound designers
Rob Milburn and Michael Bodeen started working together in high school in a rock band; thirty years later they’re on the short list of elite sound and music designers for theater, here in Chicago and on Broadway. Most recently on the local front, they’ve done music composition and/or sound design for Goodman, Writers’, Steppenwolf (most recently “Clybourne Park” and “Penelope”) and Chicago Shakespeare, for whom they’re making music and sounds for Gary Griffin’s upcoming “A Midsummer Night’s Dream.” 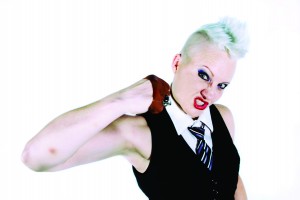 46 Atalee Judy
Choreographer and dancer
The transformation of Atalee Judy’s Breakbone DanceCo. into BONEdanse (along with a hiatus from using her patented Bodyslam technique in performance) should come as no surprise; ageless and restless, Judy is punk to the core: political, caustic, fearlessly original and constantly questioning the status quo. BONEdanse’s upcoming “This Is A Damage Manual” will be a reflection on growing pains and lessons learned. 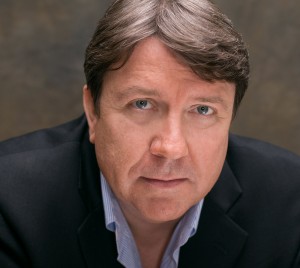 47 Terry Hamilton
Actor
This TimeLine associate artist has been called a “standout” in nearly every show he’s been in, and he’s been in quite a few of them on the TimeLine stage, but his portrayal of the deposed president in “Frost/Nixon” followed by his, ahem, standout portrayal of union boss Fatt in American Blues’ “Waiting For Lefty” this past fall firmly established him as an actor who commands the stage. 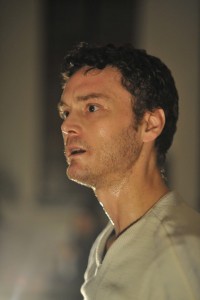 48 Jonathan Meyer
Choreographer and dancer
To truly understand Jonathan Meyer’s somatic approach to movement, one must experience it firsthand. The artistic director of Khecari has trained in just about every movement-centered discipline, from gymnastics to martial arts to ballet to butoh to contact improv, and the result is a level of intensity and gorgeous vulnerability that can command a 15,000-square-foot warehouse space, proven in last year’s “Whence.” Meyer and his collaborator Julia Rae Antonick are currently working on “The Clinking,” to be presented at the DCA Storefront Theater later this year.

49 Dan Abbate, Kelly Williams and MsPixy
Burlesque creators
While running the Gorilla Tango Theatre, husband and wife Dan Abbate and Kelly Williams discovered an artistic goldmine when they decided to combine burlesque and parody, teaming up with writer/director/choreographer MsPixy for the Super Mario-themed “Boobs and Goombas” in October 2010 (the surprise hit is still running to sold-out crowds). Since then, Gorilla Tango Burlesque has launched sexy send-ups (with open-ended runs) of everything from “Lord of the Rings” to “Indiana Jones” (with more to come) and transformed GTT into a burlesque-parody mecca, where comic timing is as important as suggestiveness. 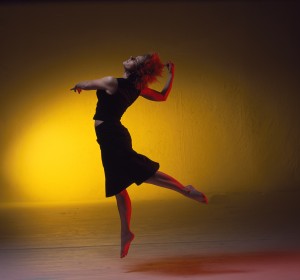 50 Margi Cole
Choreographer and dancer
Tireless Margi Cole works in every facet of the Chicago dance scene: teaching, administrating, lecturing, dancing and choreographing for her fifteen-plus-year-old company The Dance COLEctive. Cole rarely revisits pieces in her repertory, constantly seeking growth and change for herself as a performer and choreographer and for the dancers in her all-female company. TDC’s upcoming concert includes a performance by Cole as part of Deborah Hay’s Solo Performance Commissioning Project.