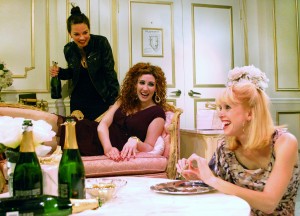 Several moments are undeniably powerful: Gena’s heartbreak at a secret revealed, Katie’s drunken, giddy laughing fit, and the rip-roaring finale between Regan and Becky (Rakisha Pollard), but director Darrell W. Cox lets the energy go flat too often. An eighty-five-minute show this filled with intentionally shocking material should never feel slow. There seems to be some lesson about superficiality and self-loathing hiding in here, but it doesn’t quite make it to the surface. (Zach Freeman)