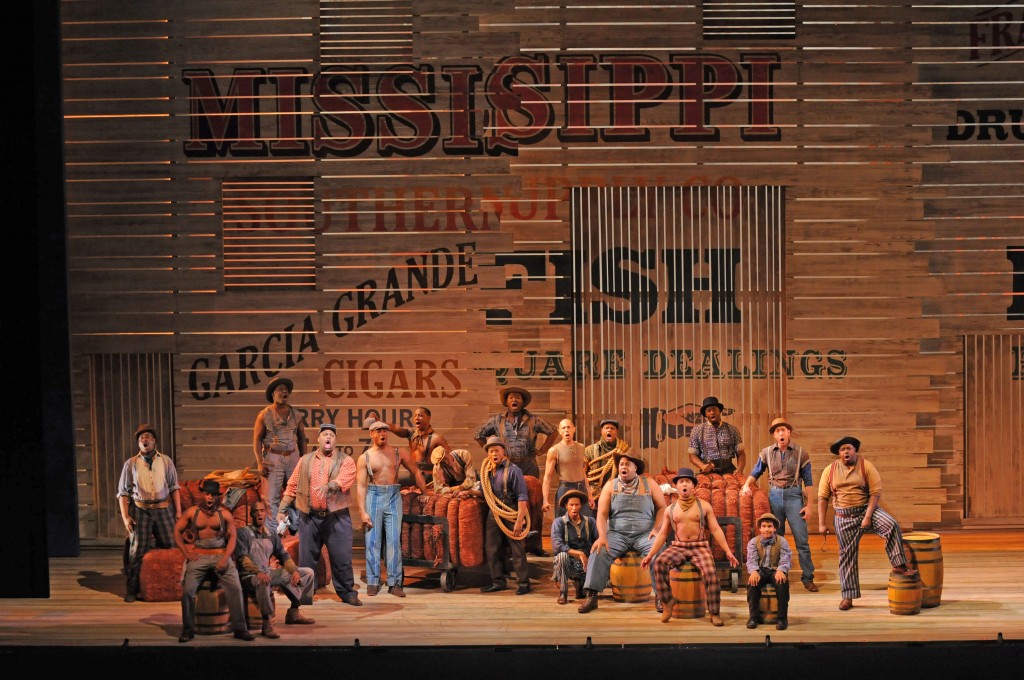 In the world of musical theater, the genre is divided between B.S.B. (Before Show Boat) and A.S.B (After Show Boat), so revolutionary a work was “Show Boat” when it first premiered nearly eighty-five years ago. So revolutionary, in fact, that we have to almost remind ourselves that “Show Boat” began life as a 1926 novel by Edna Ferber.

Composer Jerome Kern read “Show Boat” upon its publication and immediately became excited about transforming the story to the musical stage. He even called a journalist friend to arrange a meeting with Ferber, who told Kern that she couldn’t imagine her dark tale taking life as a musical comedy. Kern won her over and soon hired a then largely unknown thirty-year old librettist by the name of Oscar Hammerstein II to write the book and lyrics for the show.

Within a month, Kern and Hammerstein had enough material to warrant a meeting with producer Florenz Ziegfeld, who immediately sensed what a grand spectacle the work could be. Ziegfeld booked the theater and rehearsal time and bid the duo to work quickly and deliver a completed show within two months time. Kern and Hammerstein were charting such a new course, however, that the deadline passed with angry telegrams from Ziegfeld to “Get on with it.” Instead of just another musical revue, “Show Boat” actually ended up integrating its songs into the story and character development of the show which established an entirely new template for the form.

These days “Show Boat” remains iconic enough that it is still done, but as often as not in the opera house as in the theater because of the vast resources required to produce it. This is one show where impact is severely diminished when synthesizers replace an orchestra and where amplified show voices become a poor substitute for the opera-style technique that was commonplace even in the theater world in the 1920s. If Lyric Opera wanted to choose the ideal work to make its argument that classic works of American musical theater have a place in its repertoire, “Show Boat” could not make the case more eloquently, particularly when given as first-class a production as the company unveiled Sunday afternoon. 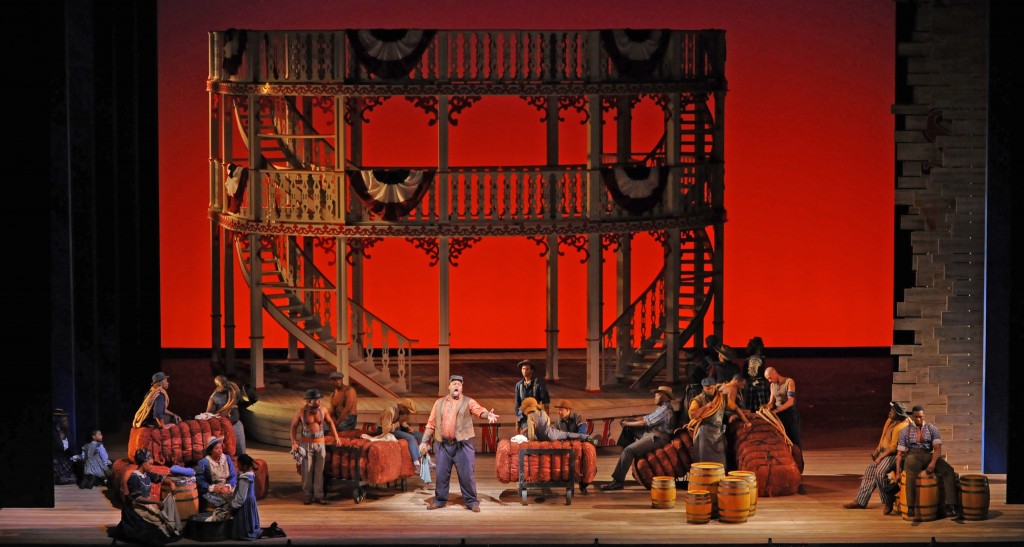 Director Francesca Zambello and conductor John DeMain have cobbled together a version of the show that combines the best of the various versions, by and large staying true to the 1927 original. That means that the overture begins broodingly and that darker songs in the show such as “Mis‘ry’s Comin’ Aroun’ ” are kept. Zambello has also kept the Paul Robeson idea that “Ol’ Man River” is actually an introspective protest song; although the song was written for Robeson and he was hired to be the original Joe, its creators went so far over deadline that Robeson had to honor other commitments, so his indelible stamp would not come until the London production. In this Lyric production, bass Morris Robinson not only consistently knocks “Ol’ Man River” out of the park vocally, but he and the African-American chorus act as Greek chorus observers of the proceedings, a remarkably effective presence throughout the show. It is through their subtle glances and reactions that the full weight of what is transpiring in the story is revealed. That notion brilliantly climaxes in the “Lady on the Levee” at the end of the show being an African-American, which is so clever and satisfying on so many levels. It is also quite effective dramatically that Julie is portrayed by African-American soprano Alyson Cambridge, who brings so much to “Can’t Help Lovin’ Dat Man” and “Bill.”

Oddly, the very element that you would expect to have most benefited from doing “Show Boat” in an opera house, i.e., the romantic leads, are the weakest element in this production. Baritone Nathan Gunn carries along the big tunes such as “Make Believe” and “You Are Love,” but these are songs better suited to a tenor and Gunn’s high notes do not carry sufficient heft even with modest amplification. His portrayal of Ravenal is stiff and few sparks are generated between him and Magnolia, played by Ashley Brown. I enjoyed Brown as the lead in Disney’s lavish stage production of “Mary Poppins,” but here she appears miscast. Not only does she employ a constant and distracting quiver in her voice all evening, but her character’s dramatic journey from young girl to middle-aged woman remains perky and static. 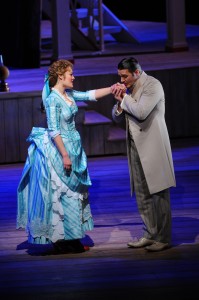 Also oddly, some of the largely dramatic roles are some of the standouts of this production. Veteran Chicago actor Ross Lehman gives the performance of his career as Captain Andy, nearly stealing the show with his one-man demonstration of what should have happened when a scene of the show-within-a-show goes amiss. No less charming is Cindy Gold’s Parthy and we really do buy that they are a couple, as is also true of Joe and Queenie—soprano Angela Renée Simpson—who also sings her heart out.

But ultimately it is the music that is the real star of any production of “Show Boat,” and in addition to a mostly strong cast and two wonderful choruses prepared by Michael Black, the Lyric Opera Orchestra augmented by banjo and led by John DeMain skillfully traversed the wide range of styles completely with the rarely supplied proper rubato and syncopation required for “Show Boat” to be heard at its very best. (Dennis Polkow)