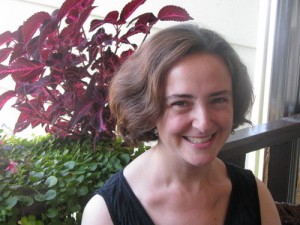 American Blues Theater Company is joining theater companies around the world in Shinsai, a worldwide project designed to help raise money for Japan’s theater community in the wake of the earthquake.

The Chicago theater company partners each of their shows with social and service organizations, so when ensemble member Lauri Dahl suggested participating in Shinsai, producing artistic director Gwendolyn Whiteside thought it was a perfect fit for the company.

Dahl felt a personal connection to Japan herself—she was born there,  and although she moved back to the States when she was two-and-a-half, her family still used many Japanese words and had a heavily Japanese-influenced home.

ABT’s March 11th show includes seven pieces that are written by a mix of Japanese and American playwrights. Julieanne Ehre, guest director at ABT, specifically chose a piece written by a Japanese playwright, something that brought the tragedy of the earthquake to light in a different way. So she chose “The Remaining” by Shoji Kokami. Kokami’s piece focuses on the survivors. Ehre says the play shows how much the people who survive the disaster have to go through, how even though they lived that they are still victims who suffer long after the media has moved on.

“As global citizens it is still important to get involved,” Ehre says. “So often we’re involved with things abroad because there’s some kind of conflict, people against people, and so when these horrific natural disasters happen, it is just such a difference in terms of how we’re helping cross culturally.”

All of the funds raised from the $10 donation for the event will go to the Japan Playwrights Association, which will then distribute the money to parts of the Japanese theater community that were affected by the disaster. (Caylie Sadin)