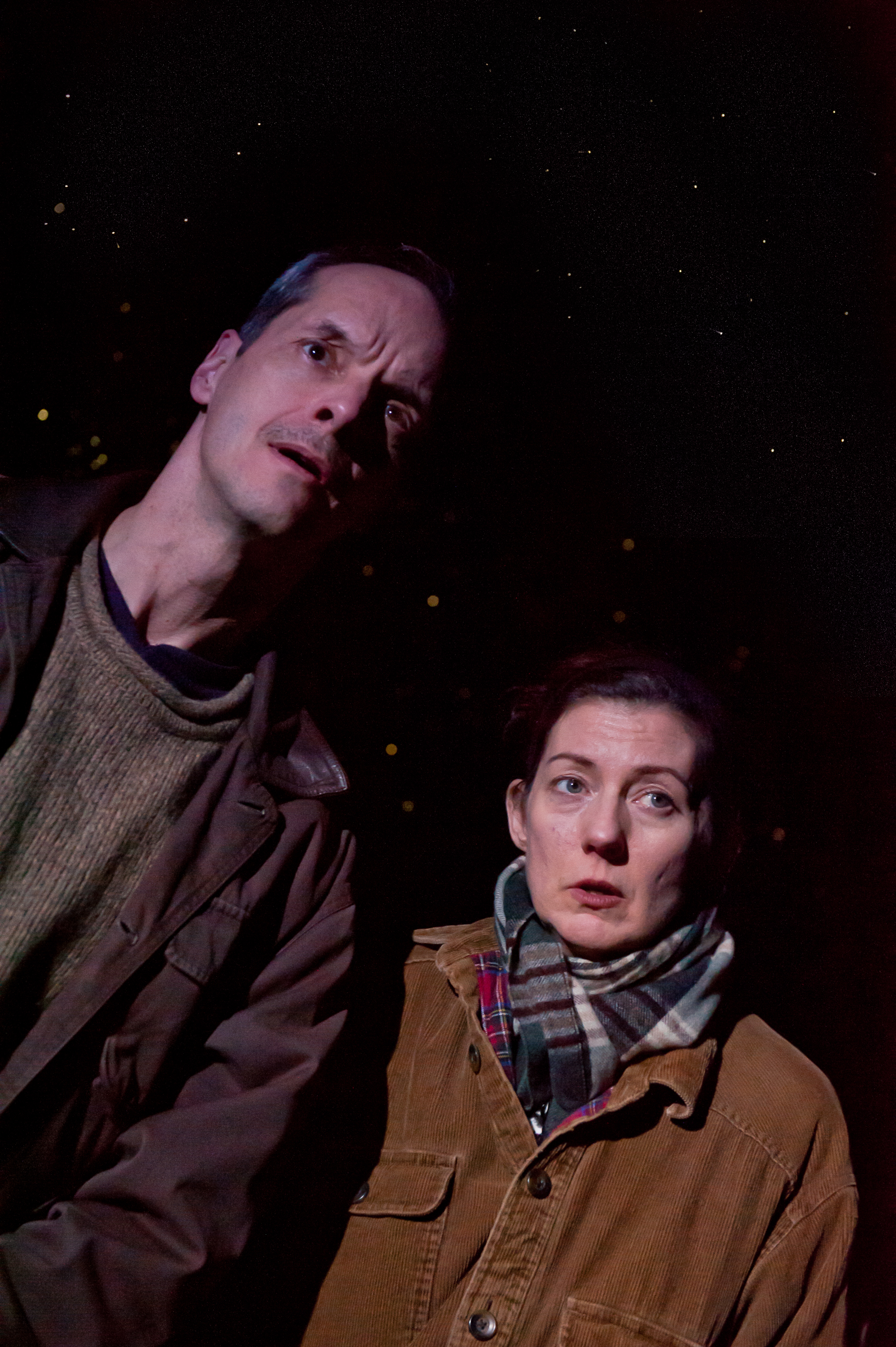 When a plane crash above a Canadian couple’s rural home drops debris and the body of a young man into their backyard, they spend the night sitting with and talking to the corpse while waiting for the army to show up. In the process, they confront their own grieving over an absent son. Playwright Gary Kirkham—who lost his best friend in the bombing of the Pan Am flight over Lockerbie, Scotland—crafts a seventy-minute one-act as a continuous take of waiting, which sounds rather boring, but the dialogue snaps with enough wit, especially from the mouth of the ex-professor husband Harold (played with a nice bit of country-gentlemanliness by Mark Ulrich) and enough interior action guided by his wife Elsie (in an equally strong performance from Jane Baxter Miller) to prevent it. That being said, the play’s constant state of physical and scenic stasis, combined with the darkness of the night sky on the set and an emotional arc that seems a bit too predictable, makes the case for a dose of preventive caffeine. Nevertheless, Rivendell is marking a significant milestone with this production, as this sixteen-year-old company, which describes itself as “Chicago’s only professional woman-centered theatre,” opens a new fifty-seat theater in Edgewater and it’s a handsome one at that. (Brian Hieggelke)