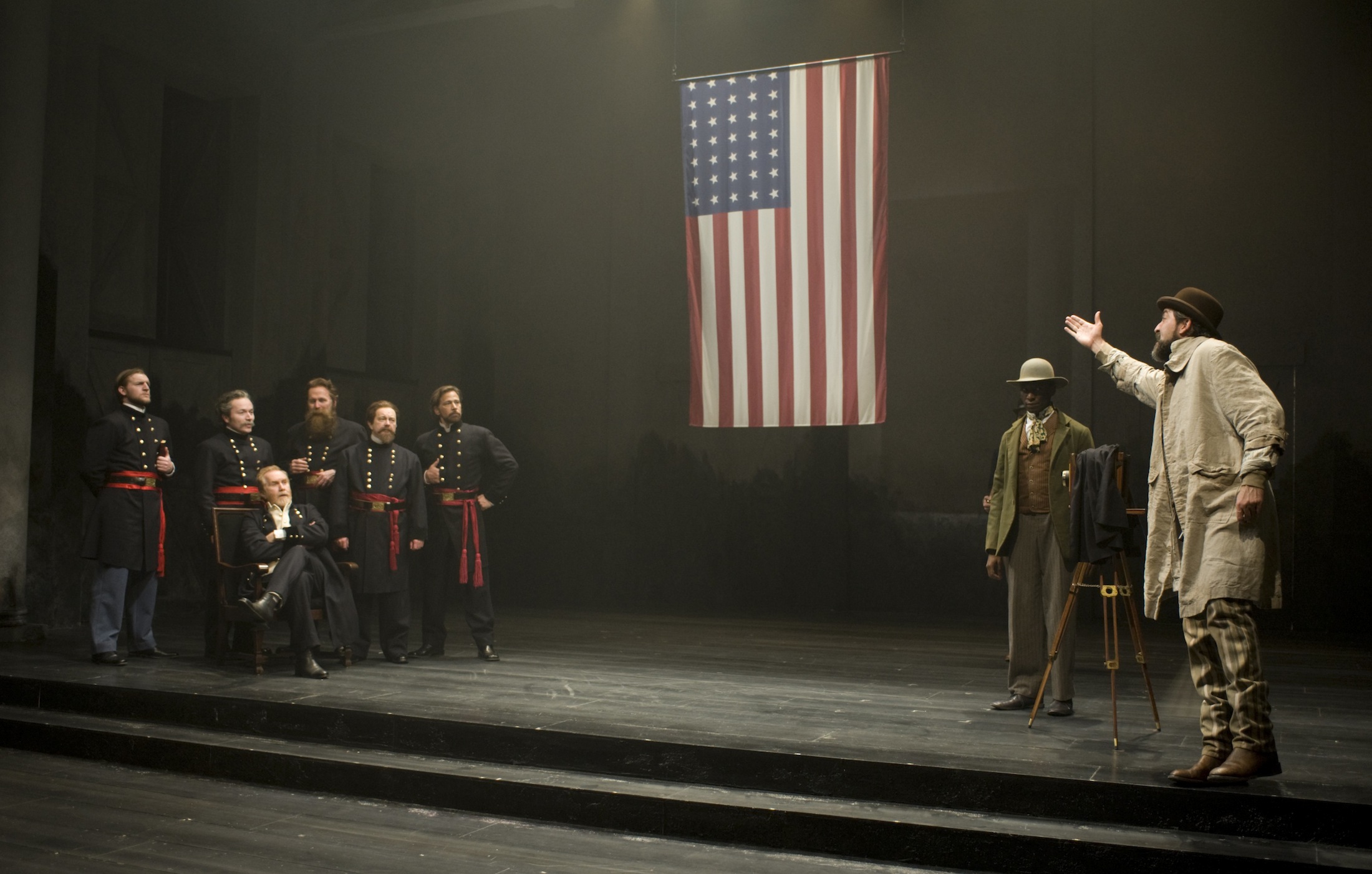 Mixing historical figures like General William Tecumseh Sherman along with fictional counterparts who expose a greater range of the impact of Sherman’s march across Georgia and the Carolinas that devastated the South and hastened the end of the Civil War, Frank Galati’s faithful adaptation of E. L. Doctorow’s acclaimed novel “The March” manages to assemble twenty-six actors playing thirty-nine roles onto the stage, across dozens and dozens of days and places, all without driving the audience batty in the process, though it does take a couple of scenes to adjust to the pace of change.

In a speech that defines the play, the military doctor Sartorius compares Sherman’s operation to “a great, segmented body moving in contractions and dilations at a rate of twelve or fifteen miles a day, a creature of a hundred thousand feet…It consumes everything in its path.” Later, Sherman himself describes the loss of any of his soldier’s lives as primarily a reduction in fighting capability by an order of one. Against these coldly analytic perspectives we see a handful of both tragic and encouraging stories unfold, most notably the hapless Arly and Will (played with a comic charm by Ian Barford and Stephen Louis Grush as two characters who manage for most of the play to swim in the proverbial mud while simultaneously staying out of it) and the survival and unlikely rise of the freed slave child Pearl (played with earnest charm by Shannon Matesky), whose brashness serves her well as she gets sheltered by various members of the Union army. The whole shebang—from the beautifully gray, malleable set to the universally superlative performances to the relative cohesiveness of all that exposition squeezed into a mere two-and-three-quarter hours—is impressive. However, the play is less effective in depicting the scope of the emotional toll; as the character Emily Thompson implores of Sartorius in a pivotal scene, the human soul is given short shrift when matched against the cold monolithic power of the march itself. (Brian Hieggelke)