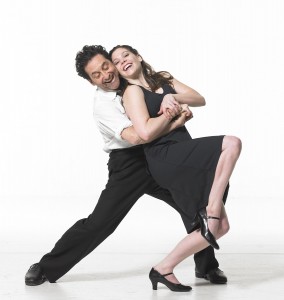 Billy Siegenfeld first talked with me about his new dance “There Never Was A War That Was Not Inward” exactly one year ago. However, before the piece was staged, one of the dancers was injured in a motorcycle accident. It premieres this month, after a year of percolation, condensation and evolution. The conversation last year was around PTSD and the cultural numbness that results from a constant state of war. Those ideas are still in there, but Siegenfeld is exploring a wider view of war and warlike behavior. “People can be very, very angry. And whenever you’re very angry, you feel victimized by whatever is making you angry. You’re at war,” he said. “It’s about that extreme behavior that drives you to do things that are violent or aggressive.” Siegenfeld has a lighthearted re-premiere as well: “Why Gershwin?” a nod to the comedic romances of Hollywood’s golden era.

Two new pieces in the program are by guest choreographers—one by company member Kevin Durnbaugh, the other by Jeff Hancock of River North Dance fame, and address subjectivity and uncertainty, respectively. (Sharon Hoyer)