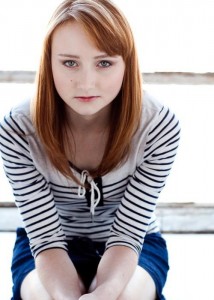 Eclipse Theatre Company, the only company in the Midwest to probe the works of a single playwright per season, is taking on the American master Eugene O’Neill by following “Beyond the Horizon” with two sides of the same coin: The lighthearted comedy “Ah, Wilderness!” and the perennial masterwork “Long Day’s Journey into Night.” Steven Scott, consummate Eclipse director for the John Guare and Arthur Miller seasons, worked on “Ah, Wilderness!” only long enough to cast it, leaving because of health problems. Kevin Hagan, director of the Shattered Globe Theatre and scenic designer of “Ah, Wilderness!” has stepped in to complete the work. I spoke with both Rae Gray, who plays prankster and loveless sister Mildred Miller, and second director Kevin Hagan to get the full picture of Eclipse’s mid-season comedy.

This is your first time working with Eclipse. How was that?

RG: One of the really cool things about Eclipse is that they dedicate each season to one playwright. It’s an ode to the playwright, and teaches us so much about the person on the whole. We take a journey through all of their work. With other theaters, it’s just about the piece. Eclipse does a phenomenal job of offering a new perspective on the different pieces.

Tell me about the character you play, Mildred Miller.

RG: One of my favorite things about O’Neill is that he uses a lot of acquaintances from his real life in his plays. Mildred Miller was most likely based off of one of his friends, Mildred Culver. Mildred Culver acted as a go-between for O’Neill and his girlfriend, Maibelle, which mirrors the way in which my character brings a note from Muriel to Richard. O’Neill even finds a way to work the name Culver into the script—Mildred’s Fourth of July plans include “going to the beach at Anne Culver’s.” 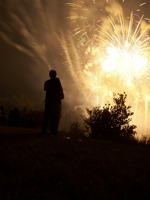 So, Kevin, “Ah, Wilderness!” was not originally intended to be your production, but has been passed to you since Steve was unable to direct. Can you describe what that transition was like for you?

KH: The most awkward part of the transition was knowing how much Steve wanted to work with this cast, and my knowing and seeing how lovely they all are. They really are an amazing group of actors who come every day excited, gracious, supportive and completely invested in the process. I think Steve knew that when he was casting these actors, and that’s made it a bit awkward—sad might be a better word—for me that Steve didn’t get to complete this opportunity.

How involved in the production were you to begin with as its scenic designer?

KH: Knowing that “Long Day’s Journey into Night” and “Ah, Wilderness!” were being produced in the same season, and realizing that Eugene O’Neill intended that the location for both plays be his childhood summer home, I approached Eclipse about designing both productions with the intent that the bones of the set would be exactly the same for both plays. The difference being that “Ah, Wilderness!” is very much about a time and place, July 4th and 5th, 1906, whereas “Long Day’s Journey into Night” is kind of a “timeless” story where the characters make no real references to any current events, nor have relationships that we see with anyone outside of the immediate family.

Steve Scott interfaced with both Arthur Miller and John Guare. Which playwright would you like to see Eclipse choose?

KH: I have two favorite playwrights, Tennessee Williams (which Eclipse has already produced), and Sam Shepard who, like many of the playwrights that Eclipse has featured, has plays written with many voices but with one soul. I think Shepard would be an interesting choice for Eclipse because there would be so many interesting casting choices to be made from the Eclipse ensemble as well as their regular extended family of actors. But if they’d like to do Tennessee Williams again… I’ll make myself available.