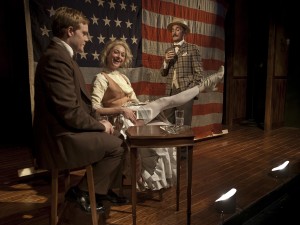 In his only “comedy,” Eugene O’Neill charts a family’s moral struggle in 1906 Connecticut.  As it’s an O’Neill play, there’s a hefty helping of lost love and dreams deferred served along with the laughs—dramedy before dramedy was cool.

O’Neill’s quaint morality creaks; it’s difficult for a modern-day audience to see the cost of the characters’ indiscretions. Weisman’s romantic teen wrings the giggles out of the script but the humor struggles against the melodrama. Scott’s good-time Sid doesn’t integrate the sadness of his addictions into the light-hearted hijinks around him. It’s an uneven look at a vanished time. (Lisa Buscani)